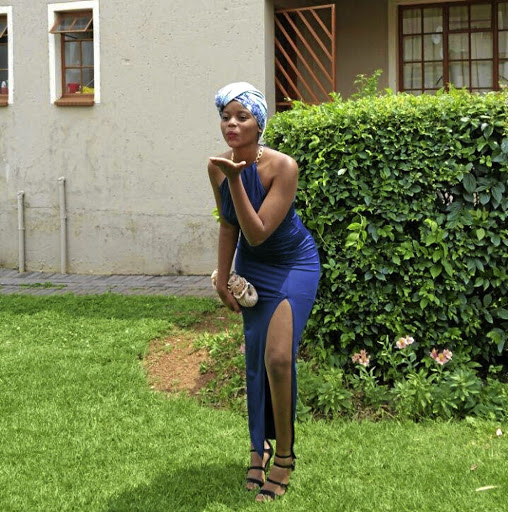 Nothando Malu was murdered after writing her year-end exams. /Supplied

Almost two years after the brutal murder of Durban University of Technology student Nothando Malu, her family is yet to find closure.

Her family is livid and believes that the wheels of justice are turning too slowly as their daughter's killer has not been found.

"We had pinned our hopes on the justice system but it failed us. It's like reliving the trauma all over again because my daughter's murderer is still roaming the streets," Malu's mother Nokuthula
Duma told Sowetan.

Malu, from the rural village of Zidedele in Empangeni on the KwaZulu-Natal north coast, was studying towards a diploma in fashion.

On November 5 2017, Malu, 21, took a taxi from Durban station after writing her year-end exams but never arrived at home.

Shocking details of how Zolile Khumalo cowered on the floor before she was shot.
News
4 years ago

About 1 000 Mangosuthu University of Technology students and staff lit candles and sang hymns as they recalled fallen student Zolile Khumalo.
News
4 years ago

Two days later, her naked body was found dumped in a sugarcane field about 25kms from Empangeni. She was allegedly raped and stabbed multiple times.

Farmworkers made the gruesome discovery early in the morning and alerted private security who in turn notified the police.

Engineering firm owner Sikhumbuzo Mthimkhulu, 40, was arrested for the murder.

Police linked him to the crime after Malu's cellphone was found in his possession. However, in February, the Empangeni regional court provisionally withdrew the charges against Mthimkhulu, saying there was insufficient evidence against him.

The court also ordered that police investigate the case further.

Investigating officer Capt Simon Shoba said they were continuing with investigations as ordered by the court.

"The matter has not been thrown out of court, instead we were ordered to bring more evidence forward. As soon as new evidence becomes available we will be ready to proceed."

KwaZulu-Natal spokesperson for the National Prosecuting Authority Natasha Ramkisson-Kara said the case was withdrawn because the evidence provided was insufficient to allow the case to proceed.