Confessions of a woman basher 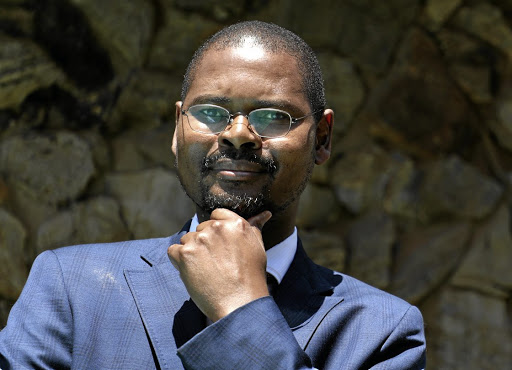 My name is Bhekisisa Mncube. I am an experienced woman abuser. I have covered the whole spectrum of intimate partner abuses from physical abuse; sexual abuse; emotional and psychological abuse.

I am not at all sorry nor seek sympathy. No amount of apologies from my side will change the fact that a countless number of women have suffered at the hands of a trash man that I am.

Their only crime is that they agreed to have an intimate relationship with me. I am writing this letter to put a face to the scourge of domestic violence and femicide that has reached epidemic proportions in this country.

My career in woman abuse began at a tender age of 16. I kidnapped, at the knife point, my very first girlfriend. I took her against her will to my home for my sexual pleasure. The morning after, she was released to her own vices. She had to walk 5km on foot back to her parents' home. It never occurred to me that something didn't gel, love and violence in one sentence.

My second major case of women abuse occurred inside my high school premises. I was 18. It was a combo of verbal and physical abuse. I raised not only my voice, but my hand. I punched and slapped my girlfriend in the face repeatedly.

Simultaneously, I kicked her. She cried. I found it hard to stop, but when she started bleeding, I knew I had to leave the crime scene.

As I grew older, I began to experiment with other forms of abuse that wouldn't land me in prison. I settled for verbal and emotional abuse. After years of practice with varying levels of success, I diversified my product offering to include silent treatment. I've had a successful career in women abuse lasting well over 15 years.

It is not a naked protest‚ we will be in shorts and t-shirts: Pretoria schoolgirl

A protest against gender-based violence scheduled for Friday will not be in the buff‚ contrary to previous assertions.
News
3 years ago

No less than 100 women have been affected to date. Philandering is at the core of women abuse. At any given time during my career in women abuse, I always had a team of girlfriends.

Women abusers like me are too eager, greedy and never satisfied. As strange as it may sound, I always envisioned a different life for myself. I had no idea how to reach my ideal state of being a better person. My desire to change reached a fever pitch in 1999. But, there's a context to my successful career in women abuse.

I grew up in a "normal" home with married parents, mom and dad. My father always belittled my mother. He shouted obscenities aimed at my mom at a slightest irritation. He physically abused my elder brother. Collectively, as a family, we were always at the mercy of his sharp tongue.

More often than not he threatened to disown all of us because we were "useless". I never got a sense that my father loved me, his wife and my siblings. Although my father never hurt me physically, I was frightened of him.

Psychologists have concluded that verbal abuse is in fact more psychologically harmful than physical abuse. At the age of 10, my first sexual experience was that of molestation at the hands of my brother.

This is a classic case of the upbringing of a successful woman abuser. Yet, it conceals rather [than] illuminates the extent of the present epidemic.

The probability of someone with a history of abuse at home becoming an abuser is very high, but not all abusers are acting out their childhood traumas.

Here is where the tyre hits the tarmac; all my abusers were males exercising power over me.

How long are we going to be silent about pastors like Timothy Omotoso, who is on trial for rape and human trafficking?
Opinion
3 years ago

The question is: why did I not pay revenge to men who had abused me?
Instead, I chose defenceless women.

In my make-up, I was an ill-adjusted, young lad. I mixed what I copied at home with prevailing patriarchal attitudes of men in my time. This gave rise to a perfect storm of toxic masculinity. I lacked sympathy for other human beings, hence women became a battering ram.

At the core of my being, I didn't know what it means to love. But, there's a happy ending. I am now a recovering women abuser. I have been clean for 20 years.

It took years of psychological counselling and single-mindedness to start a new family line, a humble line of my own in parallel to the line of my father.

Today, during the 16 Days of Activism for No Violence Against Women and Children campaign, I appeal to all men to own up. #MeToo I am an Abuser.

Let's self-introspect as men and seek formal psychological help before another body count. It's a sign of strength - not weakness.

Mncube is the author of The Love Diary of a Zulu Boy, a romance memoir