Helping the poor is not about buying votes, says Ace Magashule 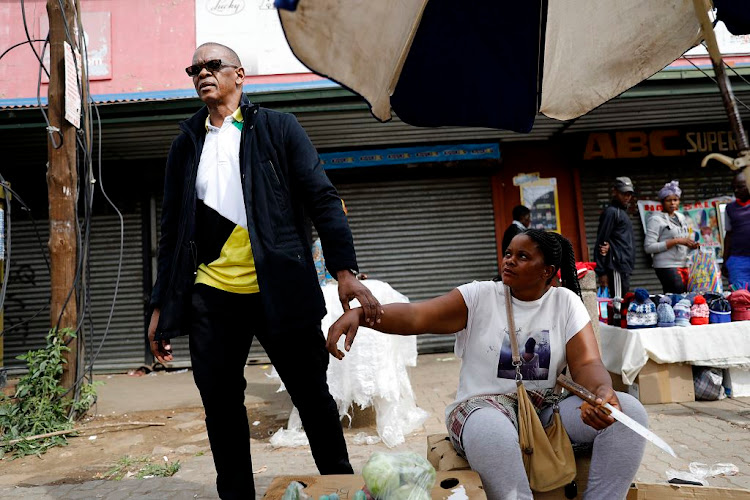 ANC secretary-general Ace Magashule believes that money given to needy families during election campaigns does not amount to vote buying.

Speaking to SowetanLIVE's sister publication TimesLIVE on the campaign trail in Kliptown, Soweto, on Thursday, Magashule said he had come across many needy families. His conscience and ANC values did not allow him to walk out without helping where he could.

"I can't go door to door and find a house where there is completely no food and leave the house without helping. I can't leave a family without saying to comrades let us contribute.

"We can't just go door to door and when we find a young child with no shoes we leave them like that when we can buy shoes," Magashule said.

He said despite the practice being seen as cheap political point-scoring, that would not deter him from extending a helping hand.

Asked why this method of helping needy South Africans was limited to the election period, Magashule in turn reprimanded ANC branch leaders for being out of touch with their communities.

"Door to door assists us to know first hand and understand the challenges our people are facing, as such we are going to get rid of the culture of not being in contact with our people.

"This is something that has to be done monthly, easily by branch leaders, so that we know the problems and we can assist accordingly," he said.

Magashule said although South Africans had been patient with the ANC, they had  consistently raised their challenges sharply with him during this election campaign.

Among the challenges raised by residents were unemployment, a lack of electricity, housing and crime.

"For now we are providing temporary assistance but the ANC is winning hearts on the ground and we expect an overwhelming majority in the national elections and the Gauteng province.

"Our victory in the by-election in Soweto where the ANC won with 74% is the clearest indication that the people love the ANC," he said.