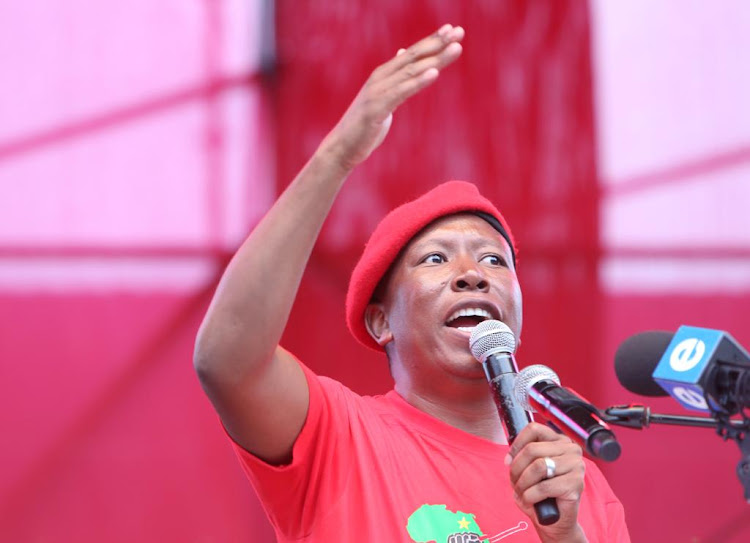 Controversy was the order of the day when EFF leader Julius Malema took to the podium at the Chatsworth Sports Stadium, south of Durban, at the party's provincial manifesto launch on Sunday.

To say that his speech was worth the wait, given the fact it was delayed by almost four hours due to his keynote address earlier at the Maphiniki Sports Complex in the Northern Cape, would be nothing further from the truth.

While Malema managed to get the thousands of EFF supporters to rally behind his sentiments - many of them flung directly at the governing party without any hesitation - his overall delivery and execution was tiresome as his voice barely held up after his cross-country election campaigning. 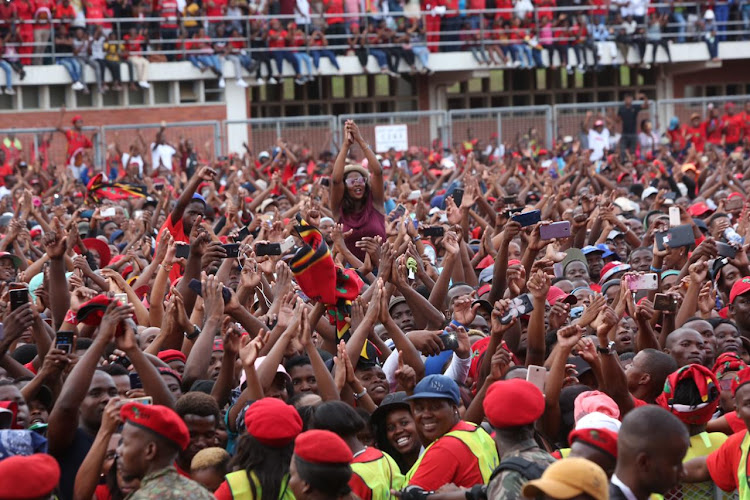 EFF supporters cheer Julius Malema as he arrives at a party rally in Chatsworth on Sunday.
Image: Jackie Clausen

Given the major unrest in the province pertaining to a high-profile political murder case; ongoing issues of a lack of basic services, especially with regard to the provision of RDP houses, water and sanitation; and high levels of corruption and crime, Malema's provincial keynote delivery was a shallow attempt to provide substantial solutions to the problems facing South Africa's second largest province.

Malema, known to have in the past been outspoken against people of Indian origin in the country, said Indians need to “rework their mentality” when it came to African people. He made specific reference to garden workers.

“They are paid nothing by the fellow South Africans who happen to be of Indian descent. Those people must know that for us to build unity among black people, the Indian community must rework their mentality that they are closer to whiteness. They are not closer to whiteness, they are black.

He got the crowd cheering when he slated the ANC for thinking that they could solve the country's problems by handing out t-shirts with the faces of struggle icons imprinted on them – something he reportedly also spoke about during the party's Limpopo rally on Saturday.

“The ANC has provided people with t-shirts with the faces of previous leaders and yet cannot provide homes and jobs. You must secure the future of your child. Not a t-shirt, what will a t-shirt do for you?"

He added that white people's dogs as well as president Ramaphosa's dogs ate better than the average African child.

He highlighted some of the commitments tabled in the party's manifesto, denouncing corruption and calling for equal rights for lesbians and gays.

“Don't replace corruption with those who are more corrupt. Don't replace sexual harassment with people who will do more sexual harassment. Respect women in the EFF, treat women as equal partners in the EFF, treat gays and lesbians as equal in the EFF – the EFF is for everyone. If you don't want gays and lesbians, try next door – here we are a party of everyone, not only those who claim to be straight men or women, we are for South Africans,” he concluded.