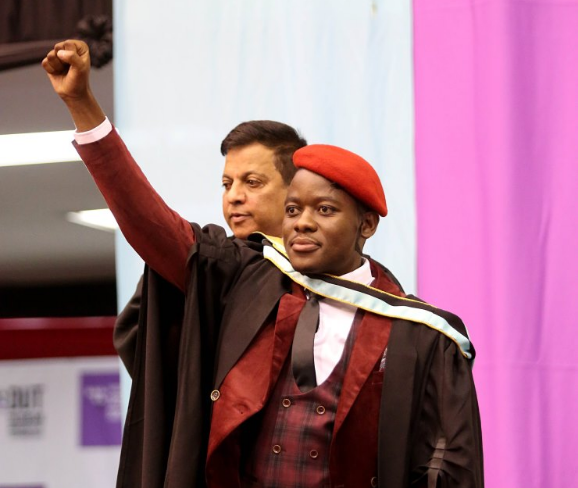 #FeesMustFall activist Bonginkosi Khanyile has been given a ‘get out of house arrest free card' to attend an EFF KZN rally on Sunday.

EFF commander in chief Julius Malema is expected to speak at the party's provincial manifesto launch at the rally in Chatsworth, south of Durban, on Sunday.

Khanyile took to his Twitter account on Wednesday to share that he had received permission to attend the rally on Sunday after making a written request to the department of correctional services.

He was sentenced in January to three years’ house arrest and ordered to submit himself to rehabilitation programmes.

"My request is approved. I shall be there in full force," he posted on Twitter.

Today I met with the South African Correctional Services responsible for my house arrest, to ask for permission to attend the EFF rally that is to be held on the 24 March 2019. My request is approved. I shall be there in full force.

He was convicted on charges of public violence‚ failing to comply with a police instruction and possession of a dangerous weapon in August last year. The charges stem from his participation in the 2016 #FMF protest action at the Durban University Technology.

Approval was granted for Khanyile to attend the rally from 12 pm - 5 pm.

"It must be noted that I will not be addressing any crowd, I will not protest, agitate or act in any manner that will contravene the conditions I am currently serving," he wrote in his application.