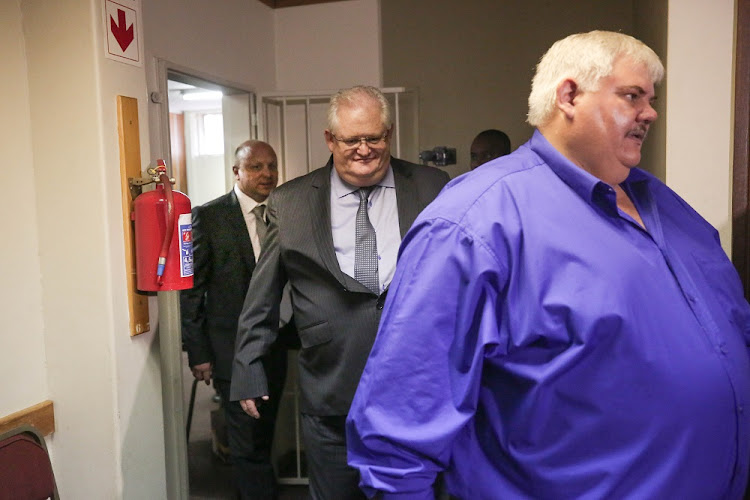 Bosasa announced on Monday that it has gone into voluntarily liquidation following the closing of its bank accounts.

Bosasa, which is now known as African Global Operations, found itself embroiled in allegations of state capture when its former COO, Angelo Agrizzi, appeared before the Zondo commission and testified about corruption and bribes relating to the firm’s contracts with the government.

He told the commission that every government contract with Bosasa was marred by bribery and corruption.

He also told the commission how officials from the department of correctional services and the National Prosecuting Authority (NPA), ministers and former president Jacob Zuma were allegedly paid bribes by Bosasa.

The company said on Monday it had received formal notification from its financial institution of the decision to distance itself from the group and that it would close its bank accounts by the end of the February.

“To avert a situation whereby the group would not be able to further operate as of March 1 2019, [the] African Global group board applied with various financial institutions, locally and internationally for a trading account,” it said in a statement.

“The extensive reputational damage in the past few months, occasioned by negative media reports, has resulted in financial institutions’ determination that the African Global group poses a reputational risk for them as client.”

African Global Operations said the decisions made by the financial institutions was not based on the company's liquidity status, financial stability, operational performance or growth forecast.

However, it said “tragically” the company would not be able to trade without a bank account.

Since Agrizzi’s testimony there have been arrests in relation to Bosasa’s contracts with the department of correctional services.

They, together with Frans Vorster and Carlos Bonifacio — who were charged separately in another Bosasa-related matter — were released on R20,000 bail each.

The case relates to a Special Investigating Unit (SIU) report into Bosasa and correctional services that was handed over to the National Prosecuting Authority (NPA) and the Hawks a decade ago.