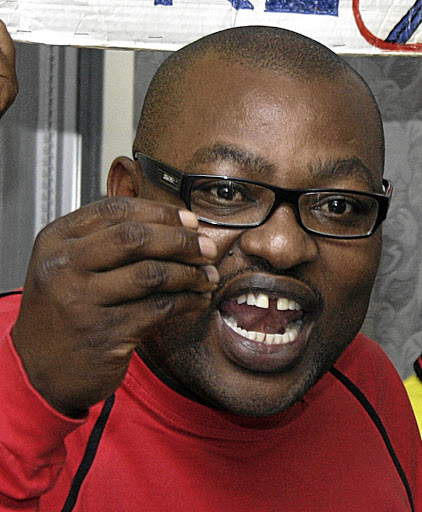 Cosatu has warned the ANC to adhere to its promises made to alliance partners to reconfigure the tripartite alliance or face losing their support.

This warning came from Cosatu's Gauteng secretary Dumisani Dakile, who said the ANC seems to be playing cat and mouse when it comes to the common commitment that all three organisations - the SACP, Cosatu and the ANC - agreed on.

"We can tell you that it seems like the ANC has no appetite for the reconfiguration of the alliance. It is resisting, as far as we are concerned."

The SACP has been actively calling for the reconfiguration of the alliance where it would have a louder voice and bigger decision-making influence, while also toying with the idea of contesting elections. This decision is yet to be taken.

Speaking to journalists at Cosatu headquarters in Johannesburg yesterday, Dakile said if the ANC doesn't take this matter seriously, they will lose numbers from both alliance partners.

"As the congress has said, if the ANC refuses and fails to listen and meet the demands and expectations of Cosatu as they relate to the reconfiguration of the alliance, Cosatu [will] engage with the SACP so that the SACP begins to contest the elections," warned Dakile.

He said while there had been a "rumblings" from the labour movement over calls for the reconfiguration, "we are in no hurry to hold such discussions, but only for now".

Cosatu has cautioned the ANC to change its attitude on the proposed "reconfiguration" of the alliance spearheaded by the SACP‚ saying a failure to ...
News
3 years ago

Dakile said Cosatu in Gauteng was of the view that the ANC was "proceeding as if nothing has happened" and ignoring the federation on important decisions.

In 2017, during former president Jacob Zuma's term as ANC president, the SACP threatened to leave the tripartite alliance due to its dissatisfaction with him. This was as a result of Zuma taking cabinet decisions without consulting Cosatu and the SACP.

The tripartite alliance almost collapsed during Zuma's time as ANC president. The allies demanded to have equal say on who should be hired and fired among political deployees to government.

Meanwhile, Cosatu said its national strike, under the banner "no retrenchments, jobs for all", is scheduled to take place tomorrow across eight provinces and on February 19 in Cape Town, to coincide with the budget speech on February 20.

Cosatu in Gauteng on Monday reiterated its rejection of the plan to unbundle power utility Eskom.
News
3 years ago

President Cyril Ramaphosa announced on Thursday that troubled power utility Eskom would be broken up into three separate entities.
News
3 years ago

Trade union federation Cosatu has called for a speedily prosecution of those accused of wrongdoing in government.
News
3 years ago
Next Article