Is Khekhe behind Mams evictions? 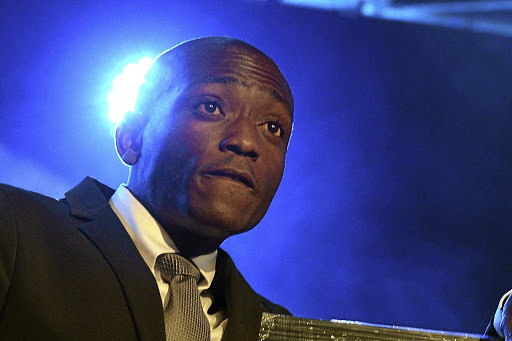 Notorious Mamelodi taxi boss Vusi Mathibela is allegedly behind the latest evictions of occupants from low-cost housing units in the Tshwane township.

Community members in Mamelodi West have claimed that Mathibela - a taxi owner businessman commonly known as "Khekhe" - was behind the latest evictions which sparked violence in the township.

On Monday, hundreds of people who had illegally occupied 92 low cost units were kicked out by community members who claimed that they had brought criminal activity into the area.

This was after Branden Maseko, 20, was gunned down in a tavern in a block of flats adjacent to the old and crumbling Mamelodi hostel.

But a community member who asked not to be named said Maseko's death was used as an excuse to get rid of the flat tenants.

The anonymous resident said the aim was to hijack the units and run them through a money-making criminal set-up.

"That boy's death was just coincidental. Makhekhe (Mathibela) instructed his boys to take over those units so that they could rent [them] out and make money from them.

"It had nothing to do with crime because guys in Mamelodi have been going there to drink and have a good time but nothing had happened," the resident said.

Mathibela's spokesman and business associate, Elias Skhosana, said Mathibela had nothing to do with the evictions.

"We read about it in the news. There are so many people in Mamelodi who are not happy with Vusi's accomplishments," he said, adding that lies were being spread about Mathibela.

"Vusi cannot control what people say about him in public but they are trying to ruin his name and reputation."

He said Mathibela's name was being used by thugs in Mamelodi to commit crimes.

Mathibela has been accused of running an extortion ring in Mamelodi, forcing local businesses to pay him a "protection fee".

Among his alleged victims were taxi owners who apparently have to pay him R200 a week per minibus.

The 32-year-old, who owns a nightclub in Pretoria, shot into prominence when he was among four men charged with the murder of North West businessman Wandile Bozwana.

Tshepo Nkabinde, a member from a group calling itself the Mamelodi Community Fighters, rejected claims that Mathibela had sent them to occupy the units.

"We are here on our own accord. Vusi has nothing to do with this," Nkabinde said.

Another resident said the evictions had Mathibela's hallmarks all over them and "nobody would stop him as he was widely feared in the township".

"This is how he operates and he communicated his message a few weeks ago that those units needed to be taken by force by Mamelodi residents.

"The end goal is that he will receive rent money from them at a cheap rate, while being protected because this is his township," he said.

Vusi Mathibela and his business associate Elias Skhosana are concerned about allegations.
News
3 years ago

Lindela Mashigo, Tshwane's spokesperson, said the city's legal department had been requested to obtain an eviction order for the illegal occupants.

Mashigo confirmed that the units were yet to be allocated to the rightful beneficiaries and that there was some outstanding work which included electrification, storm water drain, pavements and others.

"The delay in the allocation process resulted in the invasion of the units," Mashigo said.

Captain Johannes Maheso said nobody was injured from the evictions and no arrests were made.