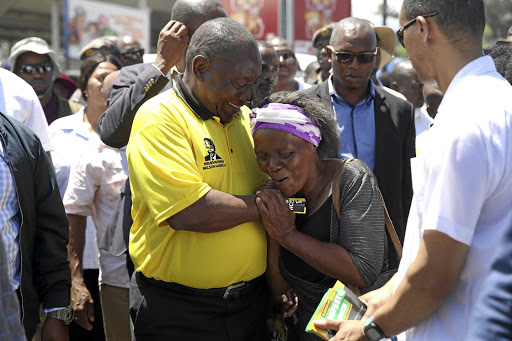 President Cyril Ramaphosa in Port Shepston rank yesterday in preparation for the January 8 Statement. The ANC turns 107 today and Ramaphosa will speak in Inanda, north of Durban.
Image: THULI DLAMINI

Without mentioning Zuma by name, Ramaphosa referred to his predecessor's term as the period in which government and the ruling party started "losing our way".

Ramaphosa was addressing residents of Lower South Coast in southern KwaZulu-Natal, assuring them that his government would crack the whip on those who are found to be involved in corruption.

"We are now on the march to tackle corruption. Those that are corrupt among us are being rooted out and they are going to go exactly where they belong," said Ramaphosa.

Speaking to the community at Marburg secondary school yesterday, the president told residents that over the past decade, the country's institutions were weakened.

"But fortunately, before we could go over the precipice we realised that we have to wake up and pull the country back," said Ramaphosa. 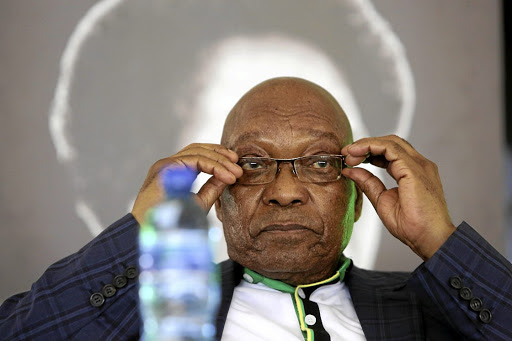 Zuma in KwaMashu as part of the ANC's mobilisation campaign.

Without mentioning the ANC's national conference at Nasrec in 2017 by name, the president said the leadership that was elected there restored hope for SA.

"I can definitely say to you, a year ago, we pulled this country back from the precipice and now we are on the firm path moving forward as South Africa," he said.

Ramaphosa was elected president of the ANC at the conference, narrowly beating Nkosazana Dlamini-Zuma, the former wife of Zuma.

Ramaphosa was the subsequently sworn in as the president of the county in February after Zuma resigned on Valentine's Day due to pressure from within the ANC.

Earlier yesterday, the president told residents of Masinenge informal settlement, led by the DA, in the lower South Coast region, that the ANC was committed to uplifting South Africans' standard of living.

He said the ANC was the only party that can build decent houses for poor people.

"They have moved into houses now and their dignity has been restored. They can see, they can feel, they can smell the work that is being done for them by the ANC-led government. When it comes to housing projects in this region, it [lower South Coast region] comes out top in the whole of South Africa," he said.

The houses were built by the Ray Nkonyeni local municipality following its establishment after the 2016 local government elections.

The municipality was formed through the merger of the Ezinqoleni and Hibiscus Coast local municipalities.

The president urged community members to come out in full force on Saturday when the party holds its manifesto launch at Moses Mabhida Stadium in Durban. The ANC turns 107 today and Ramaphosa will deliver the January 8 Statement in Inanda, north of Durban today.

Residents had earlier asked Ramaphosa to fight for housing projects, better opportunities for the unemployed youth, as well as against drug abuse.