No keeper crisis at Chiefs - Rowen 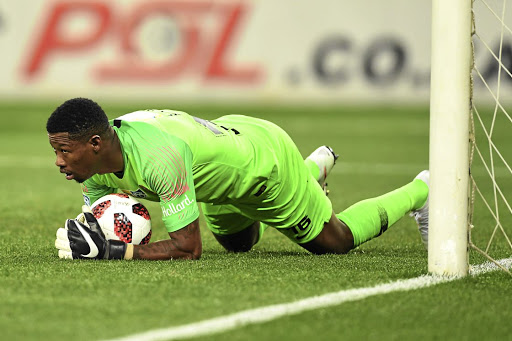 With Kaizer Chiefs' first choice goalkeeper Itumeleng Khune sidelined for the rest of the season due to a shoulder injury, Amakhosi somehow find themselves in a goalkeeping conundrum.

After his ruinous howler in their 2-1 home defeat to champions Mamelodi Sundowns last Saturday, some have questioned second-choice Virgil Vries's capabilities to step up to the plate for the remainder of the campaign.

The Namibian shot stopper misread a long ball and allowed it to bounce over him. The error enabled Sundowns's Lebohang Maboe to slam in the winning goal. Vries, 27, faces a stiff competition from prodigy Bruce Bvuma.

Bvuma was promoted to be Khune's back-up last year when then second-choice Brilliant Khuzwayo suffered a severe ankle injury which had ruled him out for the rest of the 2016-17 season. The 23-year-old Bvuma has only featured three times since his ascendency to the senior team.

One may argue that Bvuma's lack of experience combined with Vries's suspect reliability compels Amakhosi to sign another tried and tested keeper in the current transfer window.

Goalkeeper Virgil Vries is almost certain to be back in goal for Kaizer Chiefs against league leaders Bidvest Wits on Wednesday night even after the ...
Sport
3 years ago

"Vries needs to be supported, no need to buy a new keeper. I just hope coach Middendorp gives him more chance to play.

"He's a good keeper, he did well for Maritzburg United. he's used to the league,'' Fernandez told Sowetan yesterday. He also predicted a bright future for Bvuma.

"Bruce is a wonderful kid. [with a] bright future ahead. This [Khune's injury] also gives him a huge chance to stake his claim. I think he'll fight Vries to be in the start.