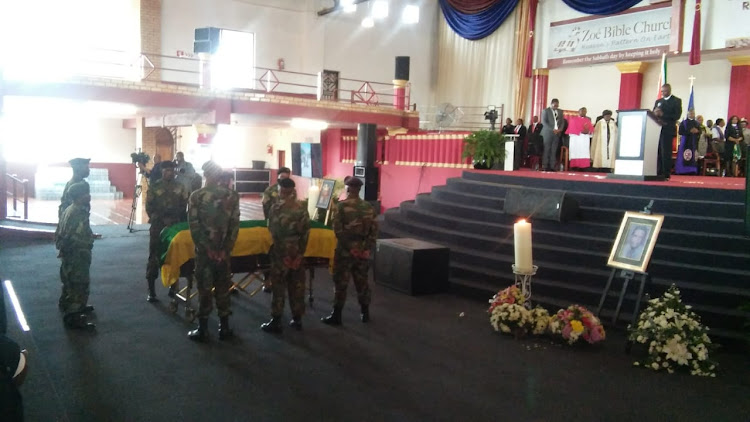 Late Khabisi Mosunkutu was a selfless servant of the people and a dedicated member of the ANC, deputy finance minister Mondli Gungubele told hundreds of mourners attending the official provincial funeral of former Gauteng transport MEC in Soweto on Thursday.

“The ANC and our country are reeling in pain as comrade Kgabs was a rare breed. He was an embodiment of what is referred to as a versatile activist and a politician. The history of trade union movement in our country cannot be written without your name being prominent. Your passing has left a void that will prove difficult to fill,” said Gungubele during the service held at the Zoe Bible Church in Pimville.

Life will never be the same without Papa, says Mosunkutu's daughter

She told hundreds of mourners that life would never be the same (without Mosunkuthu).
News
2 years ago

Mosunkutu, who is survived by his wife Nonqaba and five children, died on Christmas Eve aged 68 after a long illness. He served in the Gauteng legislature from 1995 until his retirement from public office in 2011. His funeral was attended by high-ranking politicians including Gauteng premier David Makhura. The leadership of the taxi industry, which Mosunkutu worked closely with as transport MEC, also attended.

Speaking on behalf of ANC treasurer-general Paul Mashatile, Gungubele said the former trade unionist overcame adversity in pursuance of a vision. “Your love for your people and country was undying [and] your commitment to serve was beyond ordinary. You have left a rich legacy of selfless service and dedication to the course and, for that, we are eternally grateful to you."