Life will never be the same without Papa, says Mosunkutu's daughter 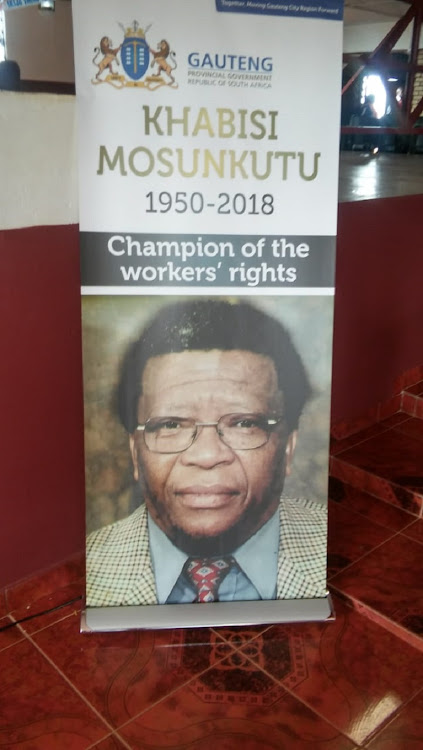 "Papa was a provider. We never went to bed hungy," said former Gauteng transport MEC Khabisi Mosunkutu's daughter, Queen, during his funeral at the Zoe Bible Church in Pimville, Soweto, on Thursday.

She told hundreds of mourners that life would never be the same (without Mosunkutu). Mosunkutu died on Christmas Eve after a long illness. He was 68. "He made sure that we are comfortable as his children. He was a disciplinarian but soft," added Queen, noting that the former trade unionist read extensively.

"He read science, fiction... everything. He knew everything. I would first consult him before going to an encyclopedia."

Khabisi Mosunkutu's condition is deteriorating while he waits to receive physiotherapy after suffering a stroke.
News
3 years ago

Khabisi Mosunkuthu';s wife does not trust he will be treated well at Chris Hani Baragwanath hospital.
News
3 years ago
Next Article