E-tolls are leading Gauteng into a bumpy ride 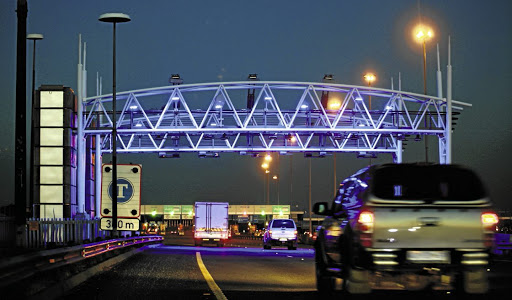 E-tolls in Gauteng have been dismal failure.

The controversial e-tolling system was once again another hot potato to handle for the Gauteng government.

The issue is still expected to be crucial in next year's campaigns by political parties ahead of the general elections.

Finance minister Tito Mboweni landed a sucker punch to the ANC in Gauteng when he said in his October medium-term budget speech that road users will have to pay for transport infrastructure.

"If we want a road transport infrastructure that works, we need to pay our tolls," Mboweni said at the time.

Gauteng residents may have to wait for some time before clear word comes through on what should happen to the failed e-tolling system.
News
3 years ago

His statement was followed by a series of public statements by Gauteng premier David Makhura, who told the public that e-tolls were not in the plans of the provincial government.

Makhura also led a march to the Union Buildings to intensify his call. It's believed that
e-tolling was one of the issues that led to the ANC in Gauteng recording a reduced majority in the 2014 elections.

The electronic tolling of vehicles on Gauteng highways became a dismal failure since it was first implemented in December 2013.

Most motorists did not pay their bills and efforts to recover money borrowed to improve the freeways are failing.

Makhura will now have to deal with e-tolls when he campaigns for the ANC next year.

Another issue that troubled the provincial government was the Life Esidimeni tragedy. During arbitration hearings, retired deputy chief justice Dikgang Moseneke ordered the government to pay the affected families of the patients R1.2m each.

The arbitration hearings also brought into sharp focus the problems which were faced by the Gauteng department of health.

Last week, some of the families of the victims of the tragedy which claimed the lives of 144 people, marched to Makhura's office claiming that they had not been paid.

Unhappy with the response from the premier's office, they moved on to Luthuli House where head of presidency Zizi Kodwa committed the ANC to resolving the problem.

Suggestions that stopping e-tolls would have a negative impact on the economy were “blackmail”, Gauteng premier David Makhura said .
News
3 years ago

“The new dawn must also bring a solution to the protracted and unresolved problem of e-tolls."
News
3 years ago
Next Article