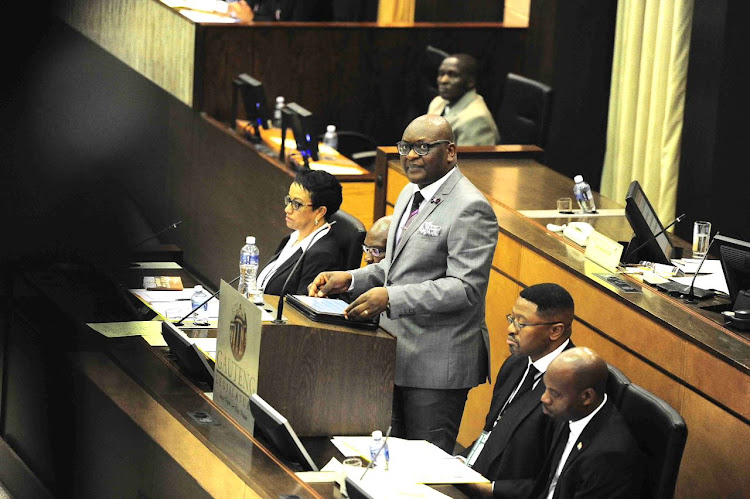 Gauteng Premier David Makhura will engage President Cyril Ramaphosa to find a “new and more equitable” funding model for the expansion of Gauteng’s roads‚ as e-tolls have not worked.

“The new dawn must also bring a solution to the protracted and unresolved problem of e-tolls. It is loud and clear for all to see that e-tolls have not worked‚” Makhura said during his state of the province address on Monday in Johannesburg.

“I will engage President Ramaphosa in order to find a new and more equitable funding model to support the continued expansion of Gauteng’s road network and public transport system. Please send me‚” Makhura said‚ making a reference to the Hugh Masekela song Ramaphosa had quoted during his state of the nation address.

Makhura also referred to the land question‚ saying that it is a particularly pressing one in Gauteng as it is an urban province. The ANC resolved on land expropriation without compensation during its national conference in December.

'Unemployed youth on the verge of losing hope' - Makhura

Gauteng has almost 2 million unemployed youth who sitting at home doing nothing, Premier David Makhura revealed during his state of the province ...
News
3 years ago

Makhura said they would be working with municipalities‚ national government departments and state-owned enterprises to release land in state hands for productive use.

“There is also significant land that is lying fallow‚ underutilised or abandoned by absentee landlords‚ which will be expropriated and allocated to our people for their own advancement‚” Makhura said.

He said people had made calls on the government during the Ntirhisano engagements to make land available to them to build their own houses and embark on productive economic activity.

“We also need land in well located areas such as key economic centres‚ which must be expropriated in the public interest‚ in order to build new integrated human settlements and post-apartheid cities‚” Makhura said.