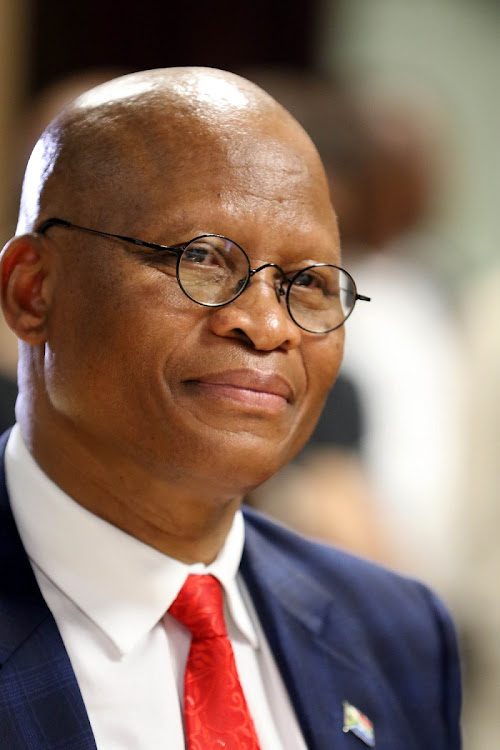 Justice Mogoeng Mogoeng on Friday presented the first-ever Judiciary Annual Report 2017/18‚ which he said marked a turning point in the history of the South African judiciary as it now accounted for its actions directly to the public.
Image: ANTONIO MUCHAVE/SOWETAN

The country's higher courts have been able to finalise the bulk of the cases before them - despite limited resources and ever-increasing workloads faced by judges‚ Chief Justice Mogoeng Mogoeng said on Friday.

Mogoeng was presenting the first-ever Judiciary Annual Report 2017/18‚ which he said marked a turning point in the history of the South African judiciary as it now accounted for its actions directly to the public.

Mogoeng said of the 152‚944 civil cases handled by the high courts during the period under review‚ 106‚936 had been finalised.

"This is despite limited resources and despite increasing workload‚" said Mogoeng.

Mogoeng Mogoeng will on Tuesday give a keynote address at the official opening of North West University's new faculty of law building.
News
3 years ago

He said the Supreme Court of Appeal finalised 223 out of the 225 appeals that were heard during the review period.

The chief justice said specialist courts had also performed well. The Labour Court and the Labour Appeal Court finalised 287 of the 427 matters it dealt with‚ while the Land Claims Court finalised 227 of 330 matters.

Mogoeng said the Constitutional Court finalised 295 out of the 437 cases it dealt with‚ equating to a 68% finalisation rate.

The workload of the ConCourt increased following the 17th amendment of the constitution‚ which expanded the court's jurisdiction to also deal with cases of general public importance‚ he said.

"Every case [that comes before the ConCourt] demands the attention of all 11 or available judges."