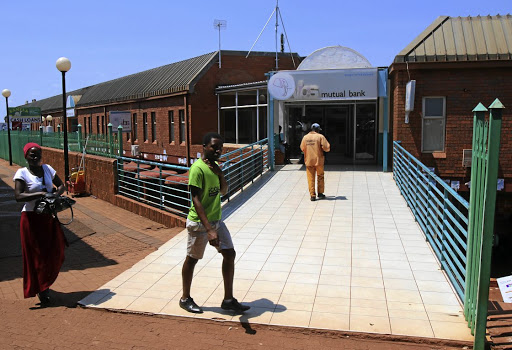 Four municipalities in Limpopo have instituted actions against their managers in relation to the VBS saga. The Ephraim Mogale municipality in Marble Hall has resolved to serve the municipal manager and chief financial officer with precautionary suspension for approving the illegal investment of public money with the VBS Mutual Bank.

The municipality allegedly invested R82-million into the bank. The action of the municipality brings to four the total number of municipalities in the province which have instituted actions against their managers in relation to the VBS saga.

Ephraim Mogale is following the example set by the Vhembe district municipality, the Greater Giyani municipality and the Collins Chabane municipality of instituting actions against managers involved in the VBS saga. The Greater Giyani municipality  dismissed its chief financial officer Risimati Maluleke on October 19 after he allegedly failed to make representations on why he should not be suspended for misconduct relating to his involvement in the VBS investment. Maluleke was also found guilty of 19 charges relating to alleged authorisation of payments for work not done.

Ephraim Mogale  on Friday gave its chief financial officer Kgabo Ramosibi and municipal manager Monicca Mathibela seven days to respond to letters on why they should not be suspended.

Municipal spokesperson Jan Phasha confirmed that council had issued letters of intention to suspend both Ramosibi and Mathibela. “The council has given the two senior officials seven days to make representations on why they should not be suspended,” said Phasha.

The funeral industry has been left to pick up the pieces in the wake of the VBS Mutual Bank cash scandal. ublic and the industry frustrated.
News
3 years ago

Some workers at municipalities involved in the VBS saga have been protesting, demanding the resignation of municipal managers and chief financial officers.

According to Greater Giyani municipality spokesperson Steven Mavunda, disciplinary proceedings had also been instituted against the municipality's technical director. He said, however, the person (technical director) resigned at the beginning of the disciplinary hearing.  “Council hopes that this action will send a strong warning to all those officials who might think of participating in corrupt and illegal activities that deprive people of the much-needed services,” Mavunda said.

Finance minister Tito Mboweni has given the strongest indication yet that the embattled VBS Mutual Bank could be saved.
News
3 years ago
Next Article