Putting Sanral on the road to redemption 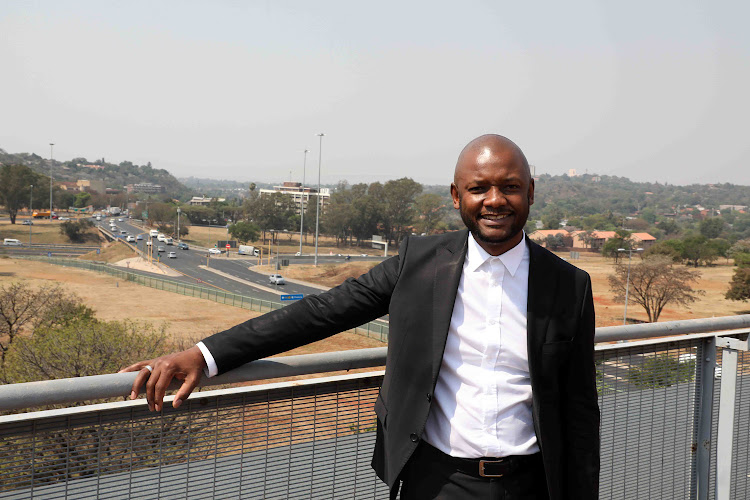 CEO of Sanral Skhumbuzo Macozoma says Sanral will not be able to make any improvements and expansions on national highways for the next five years if it does not get money owed to it from e-tolls.
Image: THULANI MBELE

In fact, as a teenager, he blew away like dust obtaining good marks in his grades.

By the time he reached matric, the bar was set so high that when his results came he was disappointed that he had only managed to obtain two distinctions instead of  four. His good grades in science and mathematics were the perfect prologue to his career in engineering.

A triumphant moment came in 1993 when  Macozoma was featured in this newspaper as one of the top five matric pupils in the Johannesburg region.  “I was still very unhappy about my results, I wanted four distinctions, I got two, but it was still significant to warrant attention … so it was inspirational, it was good at the time to be able to get that recognition,” he recalled.

He was then 16 years old and quite intrigued by putting up skyscrapers,  bridges and underground tunnels.  “[Teachers] would tell you  you’re the smart one, you must do engineering,  medicine and so on ... of course that cliché, you either like blood or you don’t. I didn’t, so I thought let’s do engineering.” 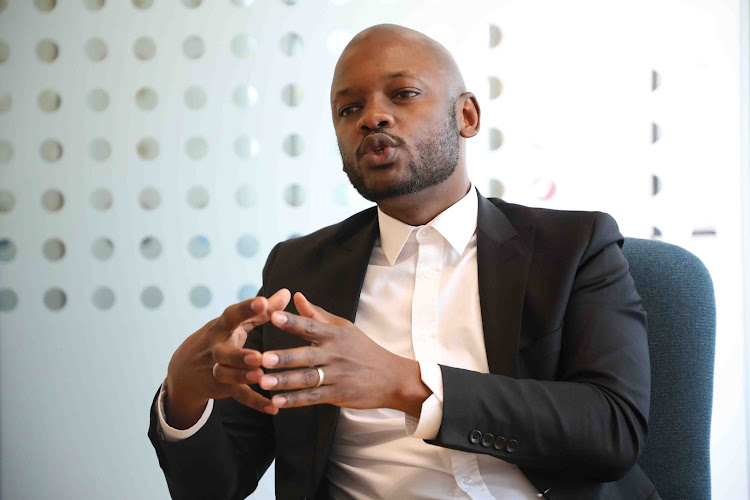 He enrolled for a civil engineering degree at Wits University and met “exciting” people there. “In fact, there is a professor that I chose to be my mentor …  he still doesn’t know today (why), and I just kept him close and learnt a lot from him, that’s Professor Yunis Ballim.  In the end he supervised my masters in civil engineering as well, which I got in 2007.”

For Macozoma, now 42, and married with four children, all achievement required was effort and his boundless supply of it has now catapulted him to being  the second CEO of the SA National Road Agency Limited (Sanral), one of the most derided state-owned entities in recent years.

We meet him at the Sanral head office tucked away in a leafy suburb of Val de Grace in Pretoria east, just off the N4 highway. A beautiful sunny spring sky flashed blue and white through an umbrella of sprawling Jacaranda trees as we arrived at what seemed like a perfect hideout for the entity.

Our meeting place for the interview is the smaller boardroom on the ground floor of the building aptly named N4 – the last of the four in the same row, also named after national highways – N1, N2, and N3.

An apologetic Macozoma, who was a few minutes late for the interview, generously offered me and my colleague Thulani Mbele coffee and water before we started.  He was dressed smartly in  a black suit with a matching white shirt and a clean-shaven head.

Outa has questioned how transport minister Blade Nzimande arrived at the figure of R67-billion that he says is owed for Gauteng’s freeways.
News
3 years ago

Entrepreneurs in the construction industry have been given a boost to participate in major projects.
News
3 years ago

Engineering may have started as an intrigue to Macozoma but it has now shaped his whole life. It drives him and it explains him. Yet he insists that he wasn’t quite cut out to be an engineer. “I started my career at the CSIR (Council for Scientific and Industrial Research) as a research engineer basically doing work across the board in civil engineering.

I started in water, did sanitation, waste management, infrastructure in general and transportation and so on...  that’s when I took interest in transport. I left the CSIR in 2002 and went into the national department of transport and I was responsible for transport infrastructure [and] progressed to chief director … and that’s when we published strategic framework for roads.”

Macozoma joined Sanral almost two years ago as CEO, taking over from Nazir Alli who led the agency since its establishment in 1998. Alli’s departure marked an end of a tumultuous six years of wrangling with Gauteng residents over the controversial e-tolling project on  highways. Macozoma’s task was to rebuild Sanral’s battered reputation and restore public trust in the agency.

Having served Sanral for two terms as a board member since 2005, Macozoma was there when the idea of the Gauteng Freeway Improvement Project (GFIP) was born ahead of the 2010 Fifa World Cup.   He jokingly described his return to Sanral as CEO as his “karma”.

Here's what Sanral's toll fee increase means to a motorist

A trip from Soweto to Pretoria will now cost motorists an additional 6% in tolls. This is just one route‚ as the increases cover tolls across South ...
News
5 years ago

SANRAL fights again to toll freeways in the Cape

The City of Cape Town has accused the country’s national roads agency of wasting taxpayers’ money on more litigation in its bid to toll sections of ...
News
5 years ago

“I came back as CEO to deal with all the mess that is associated with the decisions we [Sanral board] took at the time,” he said. “It’s actually a homecoming ... it’s an opportunity to do good in an environment that needed a change of direction and better interaction with South Africans."

But Macozoma’s job couldn’t have been  easy, judging by the scornful public sentiment whenever Sanral or e-tolls are mentioned. The debates on e-tolling in the past few years have also become a political hot potato. His predecessor had adopted a combative style of dealing with the critics of e-tolling. “Many people don’t even know that I am the CEO of Sanral because I am not in the media like my predecessor was, and it’s deliberate strategy we have adopted,” he said.

“The one thing I did when I got here was to speak to our head of communications – Vusi Mona – who used to be very much in the news back then when we were fighting with South Africans. I said to him ‘listen now, for the time that I am here, South Africans are not our enemy; our detractors  we will not fight with publicly. We will stop with the mudslinging … We don’t have to agree all the time but let’s have logical conversations in the interest of progress in SA’. I said, 'what we will do going forward is to focus on the work that we do ... in general under the radar and keep our heads down’.”

Prior to 2010, Macozoma said, many people didn’t know much about Sanral. It was just a  technically inclined entity  delivering excellent transport infrastructure. Enter the e-tolls and  it became very unpopular. “So  you have 22 000km of roads and only just over 3 000km are tolled and only 185km of that tolled roads is the GFIP’s e-toll scheme... If you go around the country and you ask people about Sanral they will tell you it’s that e-toll company that has imposed these unfair tariffs on the people of Gauteng.”

And because of the controversy of Gauteng e-tolls, everyone was against tolls. Macozoma said this is a dilemma  South Africans must be prepared to  deal with in  future. It’s a dilemma with dire consequences for the citizens and the government, he warned. He said Sanral is  sitting with R128bn  worth of projects that were earmarked to be toll schemes that would use private finance to supplement government funds. This projects, however, cannot move because nobody wants tolls in their backyard.

Compounding the problem is a R39bn  debt from the original R20bn for the e-toll project because citizens are not willing to pay and Sanral is unable to service it. “If we default, National Treasury must pay the entire R39bn … " he said.

If the project is cancelled, then there are Gauteng citizens who will also want their money back that they have been paying all along and who have already started  asking questions about what  is happening to their money – a total of  R4bn.  On the other hand, there are no plans for the expansion of the freeway network in Gauteng for the next five to 10 years because Sanral has abandoned the crusade to toll roads.  But there is a catch.  “This is the 8th year [since GFIP was completed]; if you drive on the R21 you can already feel  these roads are starting to suffer.” 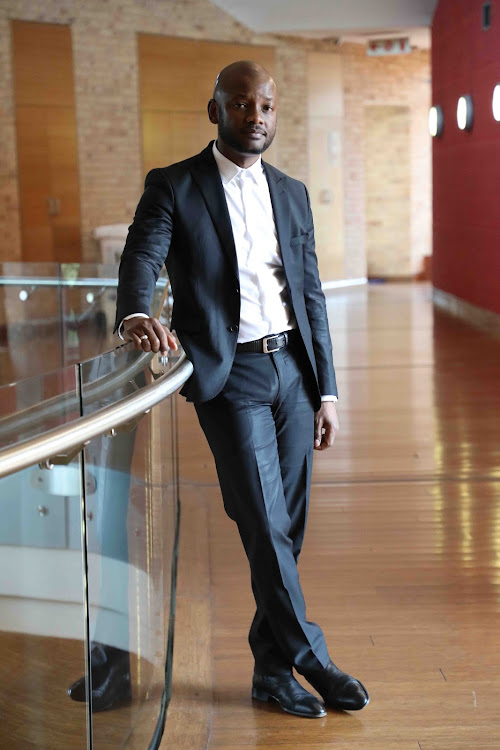 The expansion of the Gauteng freeways before 2008 was meant to address the congestion levels in the province. “If we say there is no money to maintain freeways that were built in 2010, everybody must understand that. When we start having potholes in freeways everybody must live with it.”

But the problem doesn’t end in Gauteng. Sanral has already  lost its battle  with the Western Cape and the City of Cape Town in court to expand the N1 and N2 with e-tolls.

With an annual budget of R20 billion a year, Sanral will have to “rob Peter to pay Paul”, Macozoma said. “This is the national impact of this little thing that is happening in Gauteng...

“I need to expand the capacity of the N3 from Pietermaritzburg to Durban, I need R20bn. The province has already told us to our faces that we will not be tolling anymore in that province, which means that R20bn  must come from Treasury, and it’s not there.”

When he rejoined Sanral as CEO, Macozoma did not only deem the e-tolling debacle to be the only challenge facing the agency.  He also had to push for the development of a long term strategy known as Horizon 2030.

“So now we have done the strategy which is absolutely important because you want to paint a very clear trajectory of where you’d want to be by 2030, and it was important for us to align it to the National Development Plan (NDP). A lot of Sanral projects are critical to the success of other elements of the NDP,” he said.

“Out of that strategy of course... is the whole notion of setting up a new and clear transformation framework in the organisation that will be a blue print towards ensuring that the work Sanral gives to the market is given in a more inclusive manner with black business increasingly participating in the delivery of our infrastructure and making sure that communities benefit and our people get jobs.”

When he is not thinking of building  roads, Macozoma  enjoys travelling and listening to jazz.