SANRAL fights again to toll freeways in the Cape 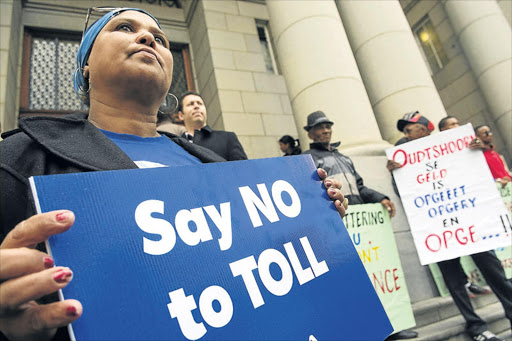 The City of Cape Town has accused the country’s national roads agency of wasting taxpayers’ money on more litigation in its bid to toll sections of the N1 and N2 freeways.

The South African National Roads Agency Limited (SANRAL) informed the city on Thursday that it had filed an application for leave to appeal to the Constitutional Court after losing earlier legal battles with the city.

“As of 20 September this year – after four and a half years of legal battles against the South African National Roads Agency Limited – the City’s legal costs in the Winelands tolling matter stood at R20‚653‚756‚” said Herron.

“This amount does not include SANRAL’s legal costs‚ neither those of other National Government departments involved in prior litigation.”

The city has defeated SANRAL in previous court skirmishes‚ since launching an application in March 28 to set aside approvals that enabled the agency to toll sections of the N1 and N2 freeways in Cape Town.

“We have called on SANRAL to refrain from wasting taxpayers’ money on further legal action after a full bench of the Supreme Court of Appeal (SCA) in Bloemfontein unanimously ruled in our favour on 22 September 2016‚” said Herron.

“We asked SANRAL at the time to finally concede that they followed an improper and unlawful process which‚ if it was left unopposed‚ would have resulted in Western Cape road users paying R62 billion in toll fees over a period of 30 years. Remarkably‚ we were informed earlier today that SANRAL has filed an application for leave to appeal to the Constitutional Court.”

He urged the agency to rather work with the city to find a solution for infrastructural upgrades that may be needed on the freeways‚ rather than engage in costly litigation.