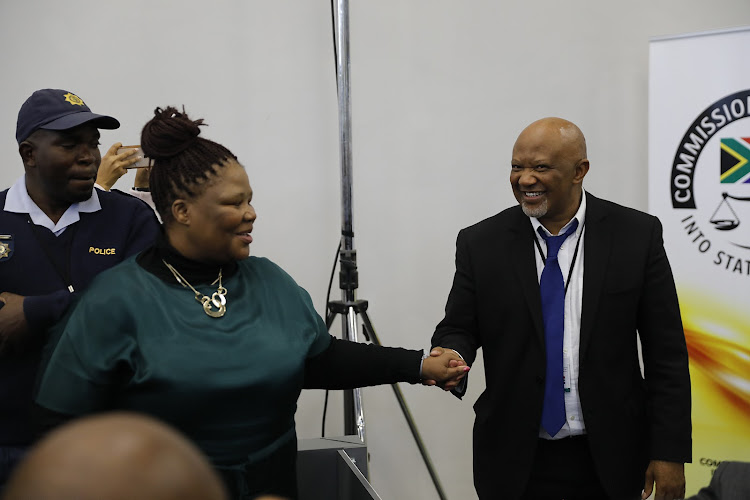 Former Deputy Finance Minister Mcecbisi Jonas said he was deeply shocked, angered and dispirited following his interaction with the Gupta family, who had wanted him on their payroll.

On Friday, Jonas appeared before Judge Raymond Zondo at the state capture inquiry to give a full account of the meeting he had with a Gupta brother, former president Jacob Zuma’s son Duduzane, and controversial businessman Fana Hlongwane in October 2015. It was at this meeting where he was allegedly offered the job as finance minister, along with a R600-million payout.

These are some of the things he revealed on Friday through a statement he delivered to the inquiry.

Jonas said that prior to the October 2015 meeting, he had never met with the any of the Gupta brothers before.

He said arrived at the Gupta house and was not formally introduced to the man who had addressed him. He told the commission that he had figured that the man in front him at the meeting was one of the Gupta brothers based on media reports he had seen in the past.

“At the time, I did not know his name as he did not introduce himself, but simply started talking to me. I have subsequently looked at press articles which depict the various Gupta brothers. Based on these photographs, I am relatively certain that the Gupta brother at the meeting was Ajay Gupta, but I cannot exclude the possibility that it might have been Mr. Rajesh Gupta,” he said.

JONAS WAS BEING ‘BLACKMAILED’

Jonas revealed that the Gupta family was under the impression that he was being blackmailed by Hlongwane.

“Mr. Gupta opened the conversation by stating that ‘we know you’ and that he had been told that I was being blackmailed by Mr. Hlongwane. I replied that this was not true,” he said.

JONAS AND HIS ‘BAD BOYS’

Jonas revealed that the Guptas believed that the ANC comrades who he associated himself with were not good people. The Guptas told him that they were aware of the activities that he was involved with, alleging that they knew he worked closely with the then ANC secretary-general Gwede Mantashe and treasurer-general Zweli Mkhize.

“He said that these activities were not good for me and these were ‘bad guys’. He expressed the view that I was part of what he referred to as a ‘thing’ within the ANC and/or government.”

GUPTAS MADE DUDUZANE A BILLIONAIRE

The Gupta brother in the meeting made a brazen claim that they were behind Duduzane Zuma’s wealth.

“He pointed at Mr Duduzane Zuma and said that they had made him a billionaire and that he had bought a house in Dubai. He said that they worked closely with a number of people, including Lynne Brown and Brian Molefe, and, as a result, they were protected,” read Jonas’s statement.

The Guptas were seemingly promising a similar lucrative lifestyle for Jonas.

GUPTAS CLAIMED EVERYTHING WAS ABOVE BOARD

Jonas said the Gupta brother he had met with moved to make assurances that all their dealings were above board.

“He was also agitated and said, ‘You think it is illegal?’ He said that everything that they do is legal and that they create jobs and contribute to the economy,” said Jonas.

The Gupta brother had revealed that the family was raking in billions through their business dealings in South Africa.

“He [the Gupta brother] said that at the moment ‘we’ (which I understood to be the Gupta family) earn about R6-billion from the fiscus through various entities including Eskom, Transnet and other government departments. He said they wanted to increase this amount to R8-billion and that they thought that I could be helpful in this regard. Mr Gupta said that they had determined that the National Treasury was a stumbling block for their growth and that they wanted to ‘clean up Treasury’,” said Jonas.

Jonas said the “cleaning of Treasury”, according to the Guptas, involved plans to make him Finance Minister - after which he would need to remove director-general Lungisa Fuzile, the head of tax. He was also required to remove financial sector policy head Ismail Momonait, the deputy director-general Andrew Donaldson and the then chief procurement officer, Kenneth Brown.

WHO JONAS CONFIDED IN

Following his disturbing interaction with the Guptas, Jonas confided in Mkhize and ANC spokesman Zizi Kodwa.

“Dr Mkhize indicated that he was shocked and advised that he noted my concerns regarding the matter, including in respect of the role of Mr Duduzane Zuma,” Jonas’s statement read.

Duduzane had reportedly orchestrated the meeting between Jonas and the Gupta family. On Kodwa’s involvement, Jonas said: “He agreed that I should make a statement explaining what had happened.”

JONAS HAD NO FAITH IN THE COPS

Following his meeting with the Gupta family and the extraordinary propositions which were allegedly made to him, Jonas said that he had little hope that he would get assistance from the police.

“At this point in time, I did not see any point in reporting the matter to either the police or the Hawks, as I believed that these institutions were seriously compromised and I saw no reasonable prospect of this matter being properly and fairly investigated. This was both at a general level (by then former President Zuma had secured a loyal intelligence and security apparatus by weeding out most of the experienced and technical capability in the various institutions) and at a personal level (given the threatening statement which had been made by Mr Gupta during the course of the meeting),” he said.