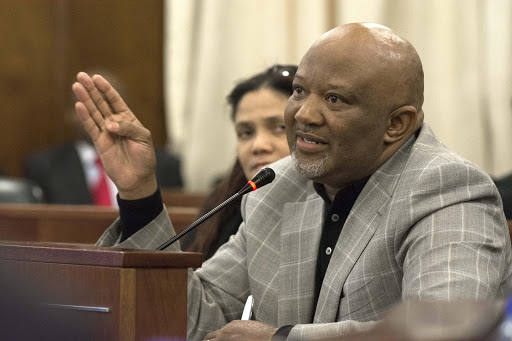 Former deputy finance minister Mcebisi Jonas is expected to face tough questions to determine whether it is true that the Gupta family wanted to bribe him to accept an offer to become finance minister when he testifies in the Zondo commission of inquiry investigating state capture on Friday.

Advocate Phillip Mokoena will be leading evidence and is expected to ask Jonas detailed questions on how the Guptas in 2015 allegedly offered him the job of finance minister and a R600 000 bribe that would balloon to R600-million should he accept.

Jonas has recalled events of October 2015‚ when he met former president Jacob Zuma’s son‚ Duduzane‚ who took him to the Gupta’s Saxonwold home.

The Sunday Times first reported in March 2016 that the Guptas offered Jonas the finance minister job if he agreed to certain conditions which included pushing for the approval of the controversial nuclear deal and getting rid of some senior officials at the National Treasury.

National Treasury’s acting chief procurement officer Willie Mathebula says more than half of the awarded government contracts challenged in the ...
News
3 years ago

After the story broke‚ Jonas issued a statement saying: “Members of the Gupta family offered me the position of minister of finance to replace then minister‚ Nene. I rejected this out of hand. The basis of my rejection of their offer is that it makes a mockery of our hard-earned democracy‚ the trust of our people and no one apart from the President of the Republic appoints ministers”.

It later emerged‚ when Jonas was interviewed by former public protector Thuli Madonsela‚ that he was allegedly offered R600‚000 in cash‚ with a promise that the remainder of the R600-million bribe would be transferred to an account of his choice.

In the meeting‚ where Duduzane and arms deal fixer Fana Hlongwane were said to be present‚ Ajay Gupta allegedly told him they would make him finance minister.

Jonas told Madonsela he was shocked and irritated by the statement and he denied the offer‚ saying only the president could make such decisions.

Madonsela’s report further stated: "He (Ajay) mentioned that‚ collectively as a family‚ they 'made a lot of money from the state' and they wanted to increase the amount from R6-billion to R8-billion and that a bulk of their funds were held in Dubai. According to Mr Jonas‚ Mr A Gupta further indicated that National Treasury was a stumbling block to the family’s business ambitions.”

The commission of inquiry headed by Deputy Chief Justice Raymond Zondo is specifically investigating this and other claims made around the capture of the state.

Investigators working under former auditor-general Terrence Nombembe have been trying to corroborate Jonas’s version of events by relying on phone records‚ SMSes and vehicle tracking history.

STATE CAPTURE INQUIRY: We are fighting a war against abuse of state funds

National Treasury is fighting a “war” against abuse of the state’s procurement system‚ which is worth R800-billion per year.
News
3 years ago

Ajay has repeatedly denied ever having a meeting with Jonas.

He was sent questions by the commission based on Jonas’s testimony and has been offered a chance to present his side of the story.

His lawyer Rudi Krause said they were still to finalise whether Ajay would give testimony before the commission but he has agreed to “fully participate”. He is believed to be in Dubai.

Hlongwane’s lawyer Jaap Cilliers told the commission on Monday that his client wanted to cross-examine Jonas. He has denied arranging or being present at the meeting with the Guptas.

Zondo previously noted that cross-examination of witnesses would only happen in ‘exceptional circumstances’ when implicated people could state under sworn oath that the allegations made against them were untrue. He said it would be his prerogative to agree to the cross-examination or not.