Julius Malema repeats statement that ‘most’ Indians are racist 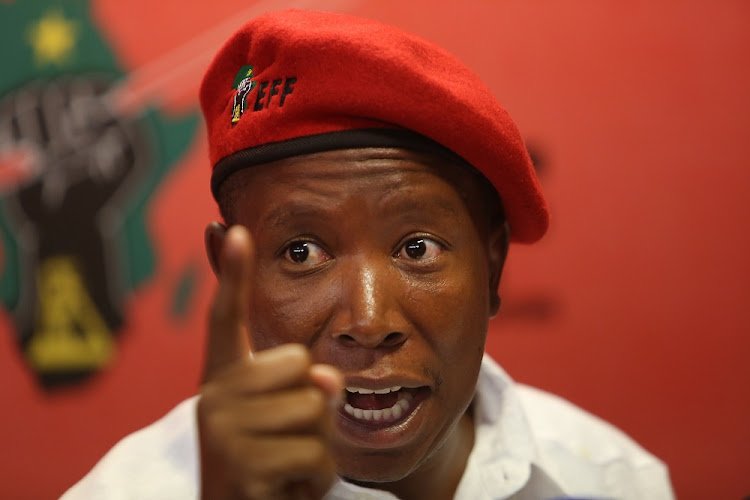 Economic Freedom Fighters leader Julius Malema has thrown down the gauntlet to Indians‚ reiterating controversial comments that “most” are racist.

Speaking outside the Newcastle Magistrate's Court on Monday‚ Malema said people who are angry at his comments are upset because they are racist.

The initial comments‚ made at a Youth Day rally‚ have drawn ire across the board and have resulted in a request for the South African Human Rights Commission to launch an investigation.

An unrepentant Malema on Monday repeated the comments‚ while addressing about 150 supporters after his case was postponed.

“Indeed‚ the majority of Indians are racist‚” he told the crowd as he stood on a platform erected in the road outside the courtroom.

“We did not say all Indians are racist‚” he continued. “If you are Indian and you are racist‚ you know we are talking to you - that’s why you get angry‚” he said.

Earlier‚ the case against Malema – which was brought after he made calls for land to be illegally occupied – was postponed until next year.

He is facing charges of allegedly violating the Riotous Assemblies Act. The EFF commander-in-chief is also facing a case in Bloemfontein for making similar comments.

He has vowed to challenge the constitutionality of the act.

EFF leader Julius Malema clarified his comments on Indians outside Newcastle Magistrate’s Court on June 25 2018. Malema appeared in court for charges against him for allegedly inciting his supporters to invade land.

A Durban woman was threatened with a lighter before her employer's son allegedly doused her with petrol and set her alight.
News
4 years ago
Next Article