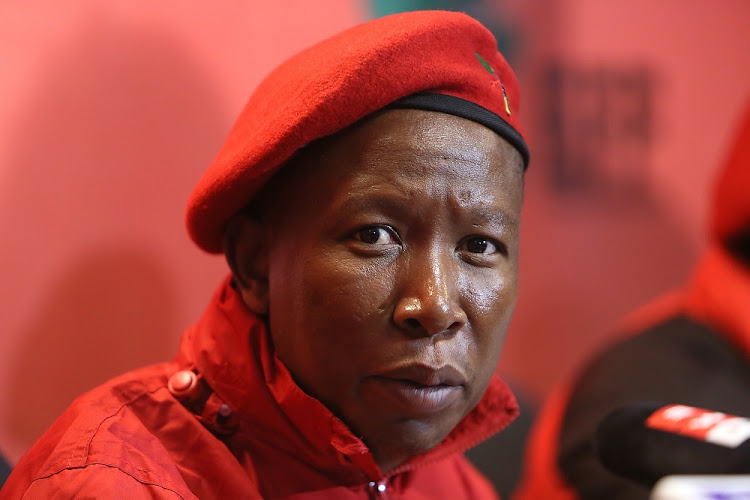 The South African Human Rights Commission (SAHRC) confirmed receipt of a complaint from the DA about remarks EFF leader Julius Malema made at Youth Day rally‚ which the party said were racist.

SAHRC spokesperson Gail Smith confirmed they had received the complaint and would investigate it if they found prima facie evidence.

“We are legally bound to confirm receipts of complaints‚ which we duly did.”

Malema said at a rally at the Matlosana Stadium in Klerksdorp‚ North West‚ on Saturday that the majority of Indians “hate Africans”.

“The majority of Indians are racist and we must never be scared to say that. They are racist. I’m not saying all Indians. I’m saying the majority of them. The same thing applies to some of the coloured brothers. They see themselves as more white than being black. It’s a reality we have to deal with.”

This is a fault line of the post-1994 dispensation - one that requires responsible leadership to ensure that it does not result in a volcanic ...
Opinion
4 years ago

“I think he undermines Africans‚” Shivambu said. “He does not take the director-general‚ the finance minister or the deputy finance minister seriously. He thinks he is superior to them. He takes all the decisions and he is always here in Parliament as if he is National Treasury alone. He is supposed to focus on what he is assigned to.”

On March 4‚ Malema said party would remove Athol Trollip as the mayor of Nelson Mandela Bay because he is white.

“Why not [Herman] Mashaba? Why not Solly [Msimanga] and all of that? Because the mayor of [the] DA in PE (Port Elizabeth) is a white man.”

Regarding their complaint to the Human Rights Commission‚ DA Youth Federal Leader Luyolo Mphithi said: “No South African should ever have to face the humiliation of such an assault on their dignity and it is now becoming evident that the EFF is not ready to govern a diverse society‚ such as South Africa.”

He added: “Political parties have to set an example for the public and the EFF is not only intolerable but also incredibly divisive.”