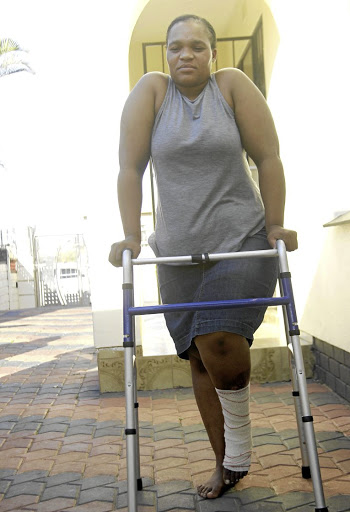 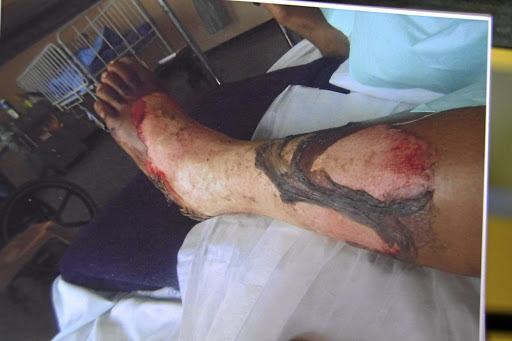 A Durban woman was threatened with a lighter before her employer's son allegedly doused her with petrol and set her alight.

Zinhle Mchunu, 31, is nursing third-degree burns to her left leg after the attack which had initially seemed playful.

Mchunu, who worked as a cleaner at car service and repair shop in the Durban inner city, spent a week at Addington Hospital. And now, a month after the horrific incident, the assailant was arrested on Friday and will appear in court today.

The alleged attack comes in the wake of a growing debate about racial tensions between blacks and Indians, especially in KwaZulu-Natal.

Mchunu claimed she was bullied by the parents of the suspect who told her that they had "expensive" lawyers on their side and that the matter would amount to nothing.

Police spokeswoman Colonel Thembeka Mbele confirmed that a 28-year-old suspect had been arrested and would appear in Durban magistrate's court today.

Mchunu said her problems started last month when the suspect tried to set her hair alight with a lighter.

"I managed to stop him and I went outside to clean the company car. I was standing next to the car when he said 'you know I can burn you?'

"I thought he was joking but he started pouring petrol on the ground and on my left leg before setting it alight using the lighter. I screamed for help and he managed to extinguish the fire," Mchunu said.

The suspect rushed her to a nearby chemist to get pain killers.

"I had to call for an ambulance to take me to the hospital. He asked me not to tell his family or my family about what had happened as it will cause problems for him. His father never visited me in hospital, he only sent my month's wages," she said.

"After I was discharged from the hospital, I told the father what happened.

"He said I should not open a case as it will take three years to resolve and even if his son was to be arrested, he will walk out free because they have lots of money," she said.

Mchunu said she could not go back to work because she couldn't walk and was in constant pain. She had to crawl her way around and has to visit the clinic every two days for cleaning and dressing the wounds.

"I am now jobless and I can't even work to support my 12-year-old son. I am also forced to stay at my mother's workplace to be closer to clinics and doctors," she said.

The owner of the company, Don Govender, said what happened was an accident.

"She was very close [to] my son and they used to go and buy spare parts together.

"I have also never told her not to open a case but I said that we don't want the matter to end up with lawyers because we are like a family and I even gave her her month's wages.

"I am willing to help her out, but she doesn't take my calls," Govender said.