Zuma distances himself from a breakaway party 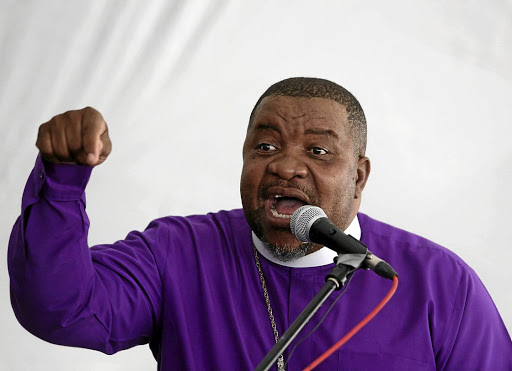 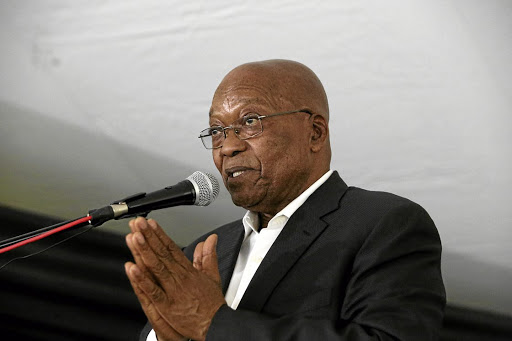 Former president Jacob Zuma has dealt a big blow to attempts by some of his supporters to form a breakaway party from the ANC.

A day after a lobby group announced it had Zuma's blessings to form a new party ahead of next year's elections, the former president told supporters yesterday that he will never leave the party he has been a member of for more than 50 years.

Zuma was speaking at the Mnyanyaka sports grounds, a stone's throw away from his Nkandla homestead, where hundreds of his followers had gathered to "welcome" him back to the village after "returning from" being president of the country.

Dismissing claims by a lobby group called Mazibuyele Emasisweni that he was part of efforts to split the ANC, Zuma said: "I'm here to emphasise my commitment. People who think I will leave the ANC and form a new political party are people who clearly do not know me.

"I sacrificed my family and everything else in my determination to fight for black people."

One of the organisers of the event, Bishop Timothy Ngcobo, the provincial secretary of National Interfaith Council of South Africa, told the crowd before calling Zuma to the podium that if the ANC wants a two-thirds majority in next year's elections, they will not be able to do so without the supporters of Zuma.

"This is a prayer, this is not starting a new political party as was suggested on social media, but to say whoever wants a two-thirds majority must start with Msholozi," said Ngcobo.

Ngcobo, who was at the forefront of a march at Zuma's court appearance in Durban last month, suggested that the former president will be influential now that he no longer has many responsibilities.

"This is a religious revolution that we are bringing to the party that you were leading. We're saying the path to the two-thirds majority starts with Msholozi," he said.

"Whoever wants a two-thirds majority must start with Msholozi and say, 'Msholozi, people love you'."

The former president will appear in court again next week Friday for various charges.

Accompanied by his two wives, Sizakele MaKhumalo and Tobeka Madiba-Zuma, Zuma also took time to reiterate that he has never "stolen" taxpayers money to build his homestead in Nkandla, northern KwaZulu-Natal.

"Since 2005, I have been prosecuted for crimes that I didn't commit," said Zuma.

"As we speak, they are saying 'Zuma is corrupt'. I built my house and they are prosecuting me because they say 'Zuma can't build such a house in a rural area called Nkandla. This means that he stole the money, when in fact I didn't steal any money."

He said he was never taught to steal, adding that the judges would sometimes "give you a [jail] sentence even though you're innocent".

His remarks come as he faces accusations of corruption along with his friends, the controversial Gupta family, who are yet to be brought to book for allegations levelled against them.