'There was rot and deep corruption in state-owned enterprises' - Ramaphosa 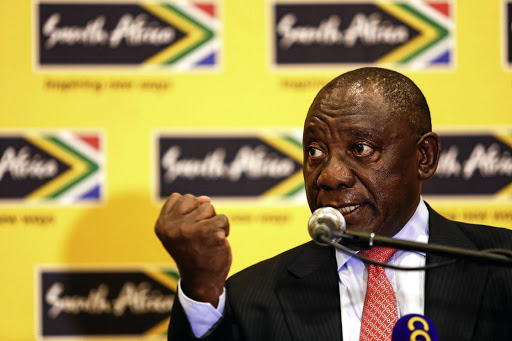 Deputy President Cyril Ramaphosa warns those with a tendency of name dropping not to speak in his name. / MOELETSI MABE

President Cyril Ramaphosa has described state-owned enterprises (SOEs) as "sewers of corruption" that his government was working hard to fix.

Addressing Gauteng-based professionals, academics and businesspeople at the Industrial Development Corporation head office in Johannesburg, Ramaphosa did not mince his words when describing the level of rot his administration found at a number of SOEs.

"The state-owned enterprises were sewers of corruption. A number of them were like where the sanitation had clogged up.

"There was rot, there was filth and there was deep corruption in those state-owned enterprises. We are rooting all that out right now," Ramaphosa said to loud applause from about 500 professionals gathered at the venue.

He said the priority was to make sure there were proper procedures in place and capable people employed to run these SOEs.

Ramaphosa said he had established a presidential council all the key SOEs would report to in terms of their financial management.

"We are going to look at the balance sheet of every state-owned enterprise, scrutinise it properly and see what is happening in each one so that the balance sheet management is no longer in the dark corner of some funny office somewhere away from that SOE," he said.

The president also told the professionals he was in support of land expropriation without compensation, to take away land from those who were not using it and hand it over to those who will use it meaningfully to improve their lives and help grow the economy.

"We now have a great opportunity to put land to good use, to take it out of those hands, those lazy hands, and put it into the working hands of our people. What value will this land add to the economy of our country? I believe it will add a great deal to the economy."

Ramaphosa also said he had gone to see Archbishop Emeritus Desmond Tutu to apologise to him for the ANC having deviated from the values that were espoused by the founders of the movement.

Ramaphosa popped in to visit Tutu and his wife Leah at their home in Hermanus earlier in the day. During the courtesy call, the president promised to "correct past wrongs" that had led to Tutu being a vocal critic of the government under former president Jacob Zuma.