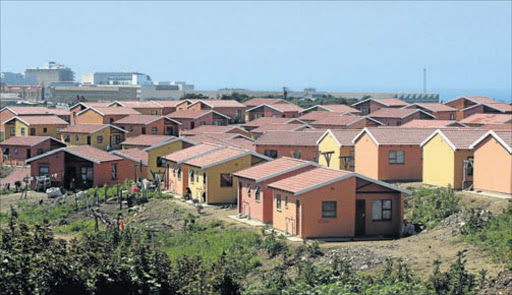 Allegations of maladministration and the fraudulent sale of RDP houses has brought a Gauteng township to a standstill.

Mohlakeng residents on the West Rand yesterday went on a rampage, blocking roads leading into the area, amid complaints that the Rand West City local municipality had failed to resolve their issues.

Police fired rubber bullets in an attempt to disperse protesters while properties including the local police station, construction vehicles, an ATM machine and a library were damaged.

Pupils were prevented from going to school.

Molale said they had raised concerns about an alleged fraudulent sale of 90 RDP houses and irregular appointment of 81 municipal workers with mayor Mzi Khumalo but nothing was done.

“We are saying enough is enough. There is open land to build affordable houses for us.”
News
4 years ago

"There are people who are owning three to four RDP houses while the backlog of people with no homes is growing.

"Houses were allocated to 90 owners but none of them had applied for housing," he said.

Molale said they had proof of the alleged fraudulent activities in the area. He said houses were being sold for amounts ranging from R10000 to R35000.

Molale said people were forced to pay high bills for water and electricity while residents at a local hostel were paying nothing.

A resident, Gugu Magubane, said she had to walk a long distance to attend classes at a local college because vehicles were not allowed to move in the area.

Magubane, 24, said she was in support of the protest nevertheless.

"I agree with the anger of the community. There's no development in Mohlakeng and most of us are unemployed," she said.

Police spokeswoman Captain Apel Ernst said five people including juveniles were arrested in connection with the destruction of properties.

Ernst said one police officer was injured. She said police were dispatched to the area around 4am after close to a 1000 people took to the streets.