'Bad bosses must pay back those bonuses' 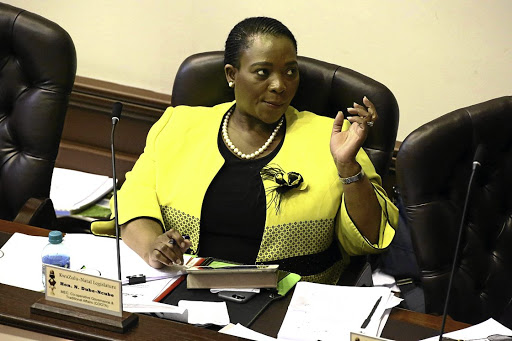 Managers employed at poorly performing KwaZulu-Natal municipalities will have to pay back money paid to them as bonuses or salary increments during the 2016/17 financial year.

This was demanded yesterday by MEC for cooperative governance and traditional affairs Nomusa Dube who was briefing media on the latest developments in the province.

She said they had already told municipalities to recover funds.

"We have introduced various sanctions to deal with under-performing municipalities," Dube said.

"We have introduced new ways of doing things with municipalities which include not paying performance bonuses and salary adjustments to poorly performing municipal employees.

"They will be dealt with on case-by-case bases," she said.

"We have begun our work in two municipalities. We have asked them to provide us with reasons as to why the bonuses were paid in the first place."

Of the 53 municipalities, only seven received clean audits.

No bonuses or salary increases for employees at municipality that perform poorly in KwaZulu-Natal.
News
4 years ago

Dube said they were working jointly with top management at the affected municipalities in order to address their shortcomings.

She also used the briefing to shed light on shenanigans playing out at eThekwini municipality where officials from the office of the auditor-general investigating municipal affairs have allegedly been intimidated.

The auditors had to stop work after receiving anonymous death threats.

"A high-level team of Cogta has since been dispatched to investigate the threats. We are also working with other law enforcement agencies including looking at bolstering security measures to counteract the threats against officials from the auditor-general's office," she said.

Dube added that an official complaint has been lodged with the SAPS and that there was an ongoing investigation which will give insight as to who is the source of the threats.

The municipalities that received clean audits for the 2016/17 financial year are: