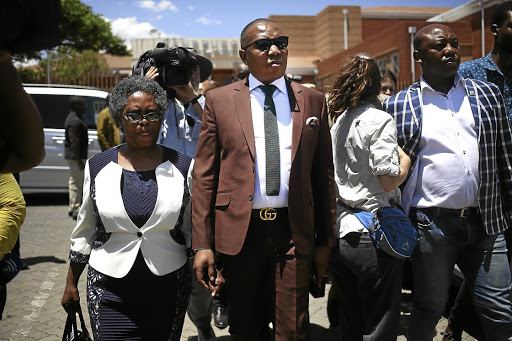 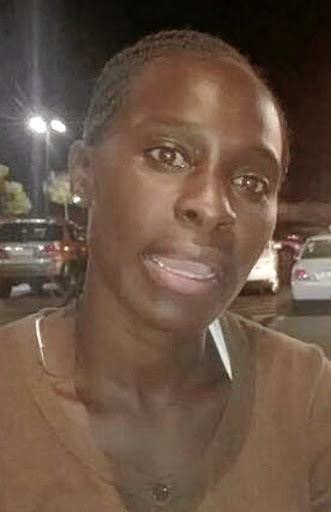 A late-night meeting under a tree at the Douglasdale police station led to convicted women basher - Mduduzi Manana - being let off the hook.

For about an hour on Sunday night, the ANC MP, accompanied by a woman who identified herself as his sister, allegedly made all kinds of offers to his former domestic worker who had pressed charges against him.

The alleged offer included a R100000 payment to the woman - Christine Wiro - and her son Adonia Langa also known as Mpho for the charges to be withdrawn.

Manana said the allegations against him were both unfortunate and malicious.

In a statement last night, Manana said he was aware that a case of assault has been withdrawn "but I have instructed my lawyers to file a legal suit against the Wiro family for extortion as they demanded an amount of R100 000".

Manana said the money that he gave Wiro was for the two weeks she worked at his home. He accused Wiro of compromising security at the house as she often gave access to "everyone".

He said he also lost some of his belongings in the house.

"I brought to her attention that I am missing some possessions (i.e a camera and a box of crystal glasses). She responded by crying that I am accusing her of stealing..." Manana said.

Manana, dressed in a navy casual jacket, was seen arriving at the police station on Sunday in his Mercedes-Benz SUV, two hours after Wiro had laid charges of intimidation, common assault and crimen injuria against him.

She alleged that Manana had tried to push her down the stairway at his Fourways home and threatened to deport her to Zimbabwe.

Manana had summoned Wiro to the police station to pay her outstanding wages.

During the discussions, Manana, who was fined R100000 for assaulting three women at a Fourways restaurant last year, went in and out of the police station as his "sister" desperately spearheaded the negotiations.

"We are black people," the woman who claimed to be Manana's sister said. "We should not do this to one another. She needs money. You can go to court but that still will not give her money."

Three people who were with Wiro at the police station - her son, a friend and the TimesLIVE reporter - were also offered money by the woman. "We will give her money. We will give all of you here money, individually. Please consider our request," the woman said.

"My brother is a politician and he does not need this. We are black people, we can't be doing this to each other."

Langa would now and again come back to brief us about what was happening. "They are offering us money. They are saying it would hurt his reputation if we go ahead with the case," Langa said.

Wiro's friend said: "I am now scared they will take the money. He is really trying his best to make sure she cancels the case. He wants her to take the money and not get justice for what she went through."

Langa later said: "He first offered my mother a job. She rejected it. He then offered us R100000."

Police confirmed yesterday that the case was later withdrawn. However, it's unclear if money did exchange hands.

Brigadier Mathapelo Peters said they will investigate if negotiations for settlement indeed took place at the station. "For now this is just an accusation . we need to test that there was anything with malicious intentions," Peters said.