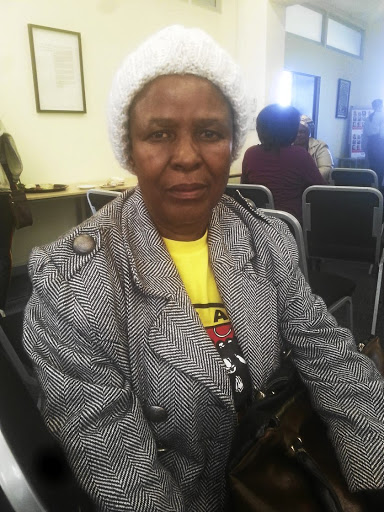 Salome Molefe, who has been a domestic worker for over 20 years, is also an organiser of union Sadsawu.
Image: SUPPLIED

A Johannesburg domestic worker who says she has been exploited by her employers also witnessed the physical abuse of colleagues.

Salome Molefe has been a domestic worker for more than 20 years and also works for the South African Domestic Service and Allied Worker's Union (Sadsawu).

"I will never forget when another domestic worker was kicked in the face by her employer. She was swollen and in so much pain," she said.

Molefe said domestic workers were isolated from their families. "I couldn't raise my own children and they were not allowed to visit me at work. My husband was also not allowed. It was hurtful to me because I was always alone."

Molefe attended the launch of Domestic Workers' Rights: A Legal and Practical Guide by the Socio-Economic Rights Institute (Seri) on Friday in Braamfontein.

The 56-page booklet is aimed at informing domestics of their rights and will be available from the Seri website.

The booklet is divided into six sections that cover issues such as the laws and regulations of domestic work, issues of wages, working hours, leave, unfair dismissal and legal assistance domestic workers can seek out.

The guide was written by Kelebogile Khunou, a Seri researcher who spent seven months collaborating with domestic workers on what it should entail. 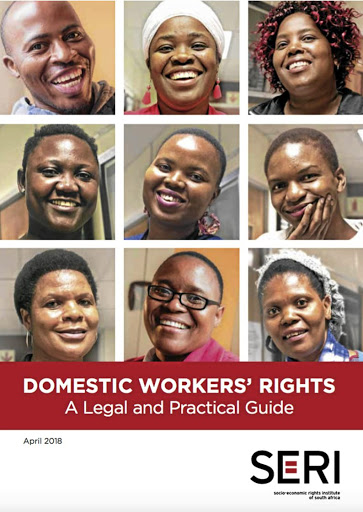 It is only available in English but will become available in other SA languages for accessibility. Khunou said the guides will be distributed to domestic rights groups to ensure that they reached workers' hands.

"There will also be fact sheets available that will be spread on WhatsApp and other social media," she said.

Molefe said raising other women's children and not being allowed to see their own was a common issue domestic workers face. She said if she had known her rights, she would have been better prepared to negotiate with her employers for her family to visit.

Eunice Dhladhla, who worked for eight years as a domestic before becoming an organiser in the South African Domestic Workers' Union in the 1980s, which was later reborn as Sadsawu, said she became an organiser because of exploitation she suffered.

"As a domestic worker you have no voice. You are not allowed to question your employer."

Dhladhla said she had worked on various cases where domestic workers had been assaulted by employers.

"A case I will never forget is that of a domestic worker who had her fingers cut off by her employer because she was pregnant."

Mduduzi Manana can breathe a sigh of relief as his alleged victim withdraws assault charges.
News
4 years ago

Wiro, 43, a Zimbwean national, described Manana as “very scary and verbally abusive” at times.
News
4 years ago
Next Article