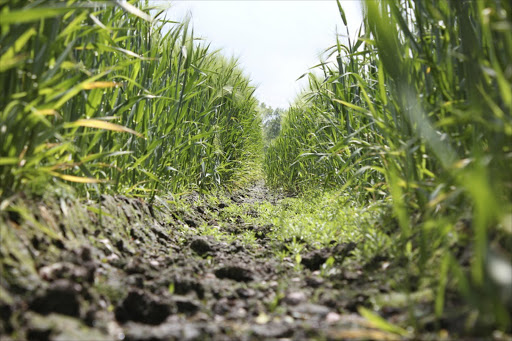 The MMC for public safety in the city of Johannesburg‚ Michael Sun‚ says the people invading land have become more organised in their act.

Speaking after mayor Mashaba's state of the city address on Wednesday‚ Sun said on that day there were four different land invasions taking place in Soweto and in areas around Lenasia.

He said the land grabbers were now moving into unoccupied land at times that they knew police personnel was low. “We are quite concerned. They now look at times where we have minimal police resources‚ over weekends and at night‚ and they do the land invasions.

“Generally they are beginning to realise that we do have a limitation to policing resources. It is not just JMPD but also Saps. You find a situation where [land invasion] happens in the middle of the night… We are finding a trend that there is an increase in the number of land invasions across the city. We are dealing with it as it happens. For us the law has not changed‚” Sun said.

Expropriation without compensation will diminish economic opportunities in this country, warns Maimane

Land reform must be about real empowerment and not just slogans‚ Democratic Alliance leader Mmusi Maimane says.
News
4 years ago

On February 27‚ a motion for land expropriation without compensation in the National Assembly was passed by a majority vote.

The matter was referred to the Constitutional Review Committee‚ which must report back to Parliament by August 30. The Economic Freedom Fighters had proposed that an ad hoc committee be established to review and amend Section 25 of the Constitution to make it possible for the state to expropriate land in the public interest‚ without compensation.

Section 25 of the Constitution‚ known as the property clause‚ states the government must make laws and take other steps to help people or communities to get land to live on‚ and to claim back land if they lost it after 1913 because of an apartheid law.

While parliamentary processes continue‚ land grabs in the city of Johannesburg have escalated and become more sophisticated.

Sun said two weeks ago he received information about a land invasion in Midrand and JMPD officers were sent to the scene.

“Our officers arrived and negotiated with people to leave. The people agreed to leave the land but then they were all picked up by a bus. To us this is no longer ordinary land invasion. These land invasions are now being organised… This is no longer a situation where people are desperately in need of land for houses. But there are real forces at play.

“The building materials come in a bakkie load. People arrange for the building material to be delivered on site. For me it is almost like a war. You have people that organised transport for the people‚ some organise transport for the material‚ others identify the land and others are responsible for demarcation of the land. There are also those who sit under a tent telling people that now that you have paid‚ you can go take a piece of land‚” said Sun.

He said the city has already shared information to the police on the increase of the land invasions.