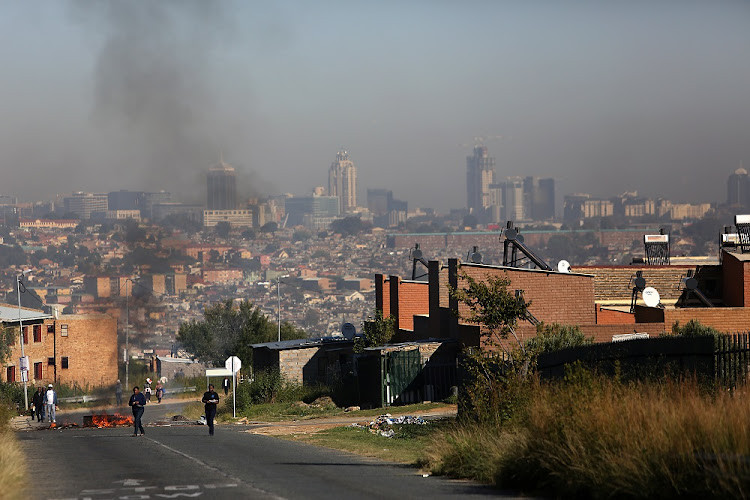 The City of Johannesburg says there are protests taking place in the city that are not related to the national strike by the SA Federation of Trade Unions.

Johannesburg Metro Police Department spokesperson Wayne Minnaar said on Wednesday that the city did have any reports related to the national strike but only sporadic protests in different communities.

“The protesters are all making their way into the inner city. That is where we expect traffic obstruction to take place. This will take place between 10am and 2pm today‚” Minnaar said.

North West was yesterday hit by fresh protests as members of the community revived a call for the removal of premier Supra Mahumapelo.
News
4 years ago

Saftu has organised a national strike in protest against the national minimum wage and changes to labour laws.

Minnaar advised motorists to avoid the Johannesburg inner city during the protests. The streets that will be affected by the march in the inner city are Miriam Makeba‚ Lillian Ngoyi‚ Simmonds‚ Anderson‚ Pixley ka Isaka Seme‚ Pritchard‚ Rissik and Dekorte street in Braamfontein.