ANC will restore dignity of people in Skweyiya’s honour — Ramaphosa 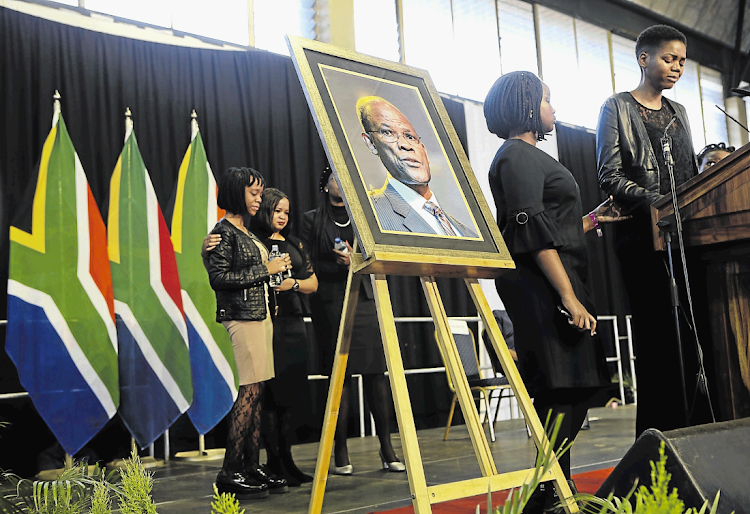 Paying tribute to ANC stalwart Dr Zola Skweyiya on Saturday‚ President Cyril Ramaphosa said that as the late struggle veteran would have wished‚ the ANC would intensify it struggle for the complete restoration of the dignity of the people.

“We will intensify our struggle to return the land to the people and build an inclusive economy that benefits all South Africans‚” Ramaphosa told mourners attending the funeral service in Pretoria for the former minister of public service and administration as well as social development.

“As he often reminded us‚ the aim of the national liberation struggle is the democratisation of the country and the redistribution of its wealth.

“It is a struggle to eradicate the privileges of the few and to entrench human rights as the basis of our democratic dispensation‚” Ramaphosa added.

“Here was a man who shared the desire of a billion people for an Africa resurrected and free.

“Here was a man who shared the dreams of the dispossessed‚ the marginalised and the suffering.”

Though he has departed‚ the ANC would continue to draw strength and inspiration from his example‚ Ramaphosa added.

Deputy President David Mabuza has denounced what he called "arrogance of leadership", saying it serves no purpose.
News
4 years ago

He noted that at the memorial service held earlier this week for Skweyiya‚ friends and comrades who had grown up with him had spoken fondly of his deep care for the downtrodden and vulnerable.

They had shared their memories of a revolutionary and disciplined cadre of the African National Congress who valued the unity of his people and cherished the ideal of an egalitarian society.

“Those who were fortunate to work with him in exile and in government reminded us of Zola Skweyiya’s work ethic‚ his collegiality and passion to develop people who worked with him.

“They described him as an architect of a democratic‚ efficient and inclusive public service that was built from the ruins of a fragmented‚ divisive and decadent administration.”

They had also recalled the superb mind that had formed many of the fundamental constructs of the country’s Constitution‚ Ramaphosa said‚ adding that his gentle and caring hand would be missed “as we continue draw guidance from the collective wisdom of our stalwarts to renew our country and revitalise our organisation”.