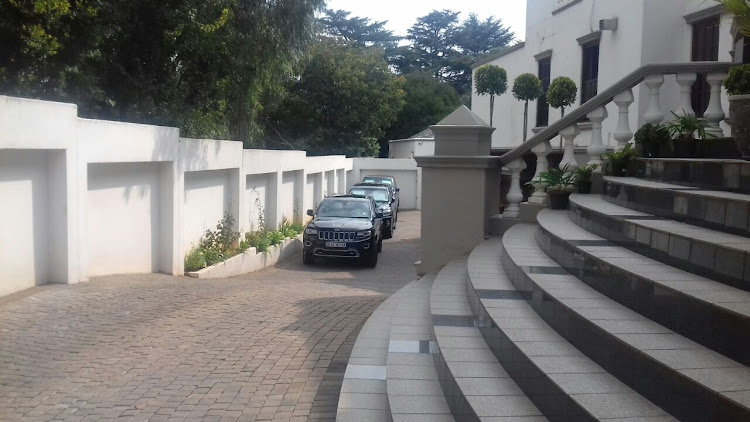 The Guptas say the state has no prospect of convicting them on any criminal charges linked to the so-called Estina Dairy Project scam – and that the latest state bid to freeze assets allegedly linked to that “scam” is baseless and “an abuse of process”.

They’re fighting to overturn the freezing of 43 residential‚ farm and business properties‚ two aircraft‚ a helicopter‚ a Porsche‚ Lamborghini‚ Range Rovers and other cars and bank accounts belonging to Oakbay Investments and Sahara Computers. The case is expected to be heard next week‚ and will be key to the State disproving the Guptas’ vocal stance that they are winning their litigation war with the “recklessly incompetent” National Prosecuting Authority.

The Guptas say prosecutions head Shaun Abrahams’ case for the latest freezing of R180-million in assets is “entirely deficient based as it on hearsay and incomplete‚ inaccurate and misleading allegations” and “deeply and fundamentally flawed”.

They further insist that‚ if the National Prosecuting Authority had conducted “an objective and unbiased investigation”‚ it would have discovered that the “flow of funds” evidence that it used to freeze the Gupta assets was “entirely innocent” and can be explained.

Law enforcement authorities have seized assets worth R180 million from the Gupta family.
News
3 years ago

In an affidavit filed at the Bloemfontein High Court‚ acting Oakbay CEO Ronica Ragavan says the National Prosecuting Authority’s latest successful bid to restrain Gupta-linked assets is the second attempt by the state “to gain control of the assets” on the grounds that the family of their associates “had some or other alleged complicity in alleged unlawful activities surrounding the Vrede Integrated Dairy Project”.

According to Ragavan‚ following an application for the reconsideration of the freezing of R220-million in assets identified as the “proceeds of crime” or “instrumentality of an offense” earlier this year‚ the Bloemfontein High Court reversed the bulk of that original order.

Judge Fouche Jordaan found that although certain Gupta-linked transactions may be suspicious‚ it was not shown that Atul Gupta or any Gupta entities got money directly from the Estina project in the Free State. He relied on evidence produced by the Bank of Baroda‚ which fought to reverse the AFU's freezing of its current account with Nedbank‚ which it uses to serve 800 clients - 750 of whom are not Gupta-linked.

The bank produced records showing that there was no evidence that money deposited into the Estina account had flowed directly to Atul Gupta or other Gupta entities. Essentially‚ it appeared the state had incorrectly relied on “pool account” transactions to make a case that the Guptas had directly benefited from Estina.

Jordaan slated the AFU's claims that certain payments to Gupta companies Oakbay and Aerohaven were linked to the Estina project.

“There's no rationale and rational basis for concluding that the amounts paid to Oakbay and Aerohaven stem from the Estina deposit‚ and not other deposits‚” he said.

Ragavan now argues that it appears the only reason that the state was successful in getting that first Estina freezing order was because it was bought ex parte – and the individuals and companies targeted were not given a chance to defend themselves.

Just over a month after Jordaan reversed that first order‚ the state again successfully applied for the freezing of various Gupta-linked assets that it claims are linked to its Estina case. Again‚ this application was bought without the Gupta entities being notified. And‚ again‚ they are fighting for its reversal.

In the fourth legal onslaught against the business rescue practitioners overseeing Gupta companies‚ the CEO of Optimum and Koornfontein mines‚ George ...
News
3 years ago

MPs have implored the Department of Home Affairs to immediately cancel the Guptas’ South African travel documentation.
News
3 years ago

The state argued that the assets constituted “realizable property” which could be confiscated once the Gupta family members and associates were convicted of the criminal charges they face in relation to the Estina “scam”. The confiscation of the property would be a way of “paying back” the benefits of the crimes that the Gupta family and associates were found guilty of – if they are found guilty. Key to such an order is the state showing it has a “reasonable prospect” of getting that conviction.

But Ragavan insists that much of the NPA’s case in freezing the Gupta-linked assets is built on evidence already rejected by Jordaan. In other words‚ she accuses the NPA of “doggedly” relying on transactions that flowed from the Bank of Baroda’s Nedbank “pool account” – rather than the specific Estina account – as proof that Gupta entities received Estina cash.

She also disputes that Estina director Kamal Vasram paid Oakbay over R11-million as part of the Gupta involvement in the Dairy Project “scam”‚ and insists this money was paid as “repayments” for loans and advances given to Vasram from 2012 to 2013. She has produced bank statements which she says prove that Vasram used these loans to make payments to Estina.

Ragavan makes similar claims in relation to the R8‚9million paid by Vasram to the Gupta-linked Aerohaven company. Again‚ she says bank statements prove that this money was the repayment of loans or advances.

The National Prosecuting Authority is expected to file its response to the reconsideration application in the coming days. It is opposing the application.