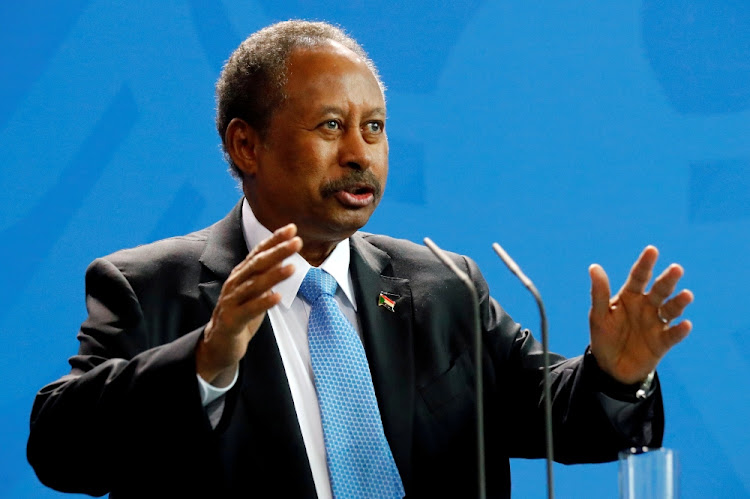 Sudan's Prime Minister Abdalla Hamdok spoke with US Secretary of State Antony Blinken on Wednesday about the conflict in the northern Ethiopian region of Tigray, which has led to an influx of 53,400 refugees since late 2020.
Image: REUTERS/Hannibal Hanschke/File Photo

Sudan recalled its ambassador to neighbouring Ethiopia on Sunday, frustrated by the stance of Ethiopian officials whom it said were refusing Sudan's offer to mediate in the ongoing conflict in Tigray.

“Ethiopia will improve its position if it considered what Sudan could do ... instead of completely rejecting all of its efforts,” a statement from the foreign ministry read.

Sudan's Prime Minister Abdalla Hamdok spoke with US secretary of state Antony Blinken on Wednesday about the conflict in the northern Ethiopian region of Tigray, which has led to an influx of 53,400 refugees since late 2020.

Hamdok's offer came within the framework of his presidency of IGAD, a grouping that includes Kenya, Ethiopia, Uganda, Djibouti, Sudan, Uganda and Somalia, the statement said.

At least 30 corpses have washed up on the Sudanese banks of a river that abuts Ethiopia's northern region of Tigray, according to two Ethiopian ...
News
5 months ago

Spokespeople for the Ethiopian ministry of foreign affairs and the prime minister did not immediately respond to requests for comment on Sudan recalling its ambassador.

On Thursday the prime minister's spokesperson, Billene Seyoum, dismissed the possibility of Sudan mediating on the conflict in the northern region of Tigray.

She described the relationship with Khartoum as “a little bit tricky” and said trust should be the basis of any mediation but had “eroded” especially after the “Sudanese army incursion into Ethiopian territory”.

Relations have been soured by disputes over Al-Fashqa, an area of fertile land settled by Ethiopian farmers that Sudan says lies on its side of a border demarcated at the start of the 20th century, which Ethiopia rejects.

The border tensions come at a time when Ethiopia, Sudan and Egypt are also trying to resolve a three-way row over Ethiopia’s Grand Ethiopian Renaissance Dam.