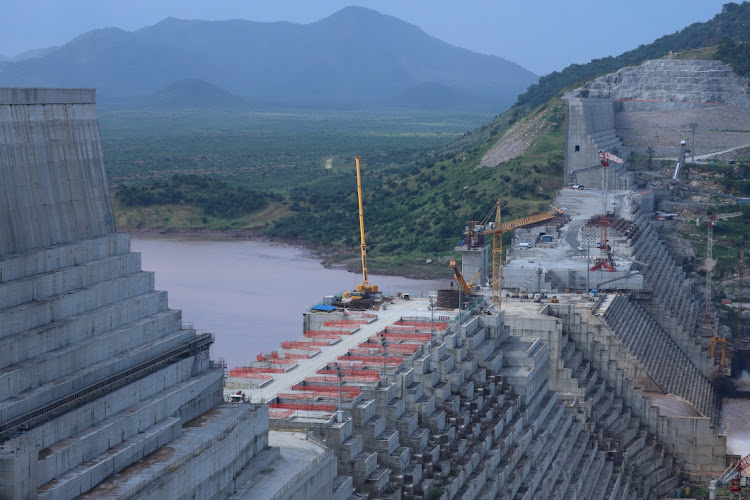 FILE PHOTO: Egypt's irrigation minister said on Monday he had received official notice from Ethiopia that it had begun filling the reservoir behind the dam for a second year.
Image: REUTERS/Tiksa Negeri/File Photo/File Photo

Tunisia has proposed the UN Security Council push for a binding agreement between Ethiopia, Sudan and Egypt on the operation of a giant hydropower dam within six months, according to a draft resolution on Wednesday.

Tunisia circulated the draft text to the 15-member Security Council ahead of a council meeting on the Grand Ethiopian Renaissance Dam (GERD) on Thursday, though it was not immediately clear when it could be put to a vote.

A senior Ethiopian diplomat in New York told Reuters the draft resolution would "effectively scuttle" an African Union-led mediation process between the three countries, and Ethiopia was working to make sure that it would not be adopted.

"Africa is watching and watching closely because the precedence is huge to bear and disrupts African Unity," the diplomat said on condition of anonymity. "Ethiopia does not believe the matter falls within the purview of the council."

Tunisia's UN mission did not respond to a request for comment.

Egypt and Sudan on Saturday rejected an Ethiopian proposal to share data on the operations of its giant hydropower dam on the Blue Nile after ...
News
9 months ago

The draft text "calls upon the three countries to refrain from making any statements, or taking any action that may jeopardize the negotiation process, and urges Ethiopia to refrain from continuing to unilaterally fill the GERD reservoir."

Egypt's irrigation minister said on Monday he had received official notice from Ethiopia that it had begun filling the reservoir behind the dam for a second year. Egypt said it rejected the measure as a threat to regional stability.

Ethiopia says the dam on its Blue Nile is crucial to its economic development and to provide power.

But Egypt views it as a grave threat to its Nile water supplies, on which it is almost entirely dependent. Sudan, another downstream country, has expressed concern about the dam's safety and the impact on its own dams and water stations.