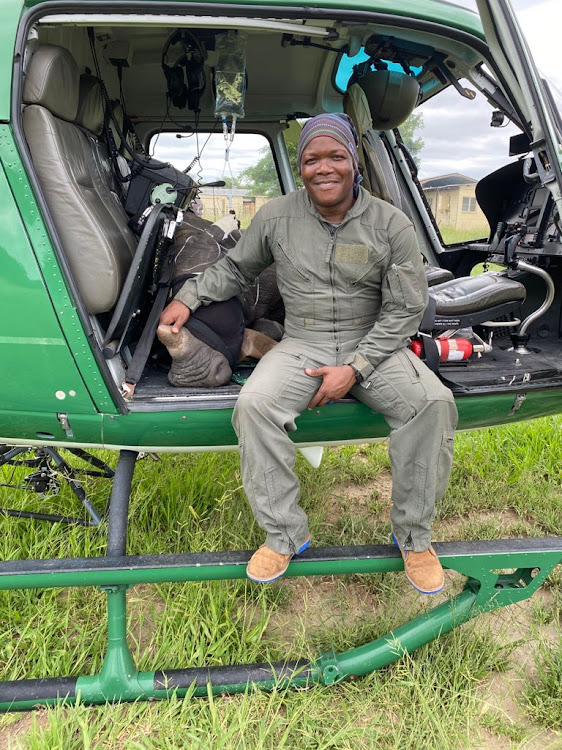 Along with moving up the ranks from pilot, the promotion will see Simelane, who has been flying for SANParks for a year, also take on the role of the person responsible for all SANParks Air Services operations, said COO Lize McCourt.

“It comes as no surprise that Simelane, aka 'The Black-Black Hawk', is progressing through the ranks,” she said. “He is a skilled professional pilot with solid management and leadership skills with approachability and strength of character to boot.”

Simelane has been flying helicopters for the past 16 years, building crucial flight time in countries such as Sudan and Madagascar.

Before joining SANParks, he was a director of Grand Central airport-based chopper company Ultimate Heli for nine years and before that served as a pilot and operations manager at Alpine Aviation.

McCourt noted that Simelane had spent the year since joining the SANParks air wing  improving the relationship between the unit and the SA Civil Aviation Authority (SACAA).

“There is no doubt in my mind that Simelane will take SANParks Air Services to the next level,” she said. “Fly Black Hawk, fly!”

The unit was set up to co-ordinate safety and security in SANParks' reserves which have come under increasing pressure from large and well-organised rhino poaching gangs, especially in the Kruger National Park.

Helicopters play a critical anti-poaching role, allowing rapid deployment of rangers to conduct follow-up operations and tracking after poaching incidents as well as providing a crucial eye in the sky.

The organisation also uses fixed-wing microlight aircraft such as the Bathawk for aerial surveillance and routine patrols.

SA National Park is reopening sections of Table Mountain National Park which were closed to the public after April’s devastating fires.
News
6 months ago

A devastating fire in Cape Town in April has been ruled to have been caused intentionally, according to an investigative report made public by ...
News
6 months ago
Next Article