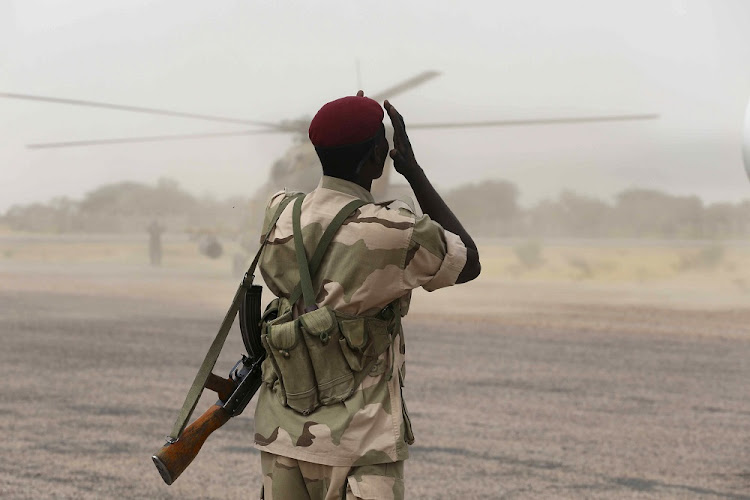 Islamist insurgency Boko Haram claimed the shooting down of a Nigerian Air Force fighter jet in a video seen by Reuters on Friday, two days after the aeroplane went missing in the country's northeast.

Reuters was unable to verify the authenticity of the video.

The loss of Nigerian Air Force (NAF) Alpha Jet 475 dealt a blow to Nigeria's efforts to combat jihadist insurgencies in the northeast, where air power has been crucial in attempts to stem the spread of Boko Haram and its more powerful offshoot, Islamic State West Africa Province.

Soldiers have for years relied on jet bombardments to turn the tide of battles against the insurgents, while the air force often claims successful strikes on the militants.

Gunmen in the northwest Nigerian state of Kaduna kidnapped around 30 students overnight from a forestry college near a military academy, the state's ...
News
1 year ago

In Boko Haram's video, the wreckage of a plane lies burned on the ground, the charred fuselage bearing the phrase "NAF 475."

A masked fighter stands atop the wreckage and identifies the plane as "jet fighter of the Nigerian Air Force 475", the footage shows. Later, a mangled corpse is shown in military fatigues.

"As you can see, this is the pilot of your aircraft, whom you sent to harm the servant of god," the fighter says. "This is what god did to him. He fell from the sky, and if you do not repent this will be your reward."

An air force spokesman said a statement would be issued soon.

In a statement earlier on Friday, the air force had said: "the Alpha Jet aircraft (NAF475) that went off the radar with 2 crew members on board on 31 March 2021 might have crashed. The cause of the crash as well as the whereabouts of the 2 pilots remain unknown."

Gunmen have freed all 279 girls kidnapped from a boarding school in northwest Nigeria, as one of the victims told Reuters how their abductors had ...
News
1 year ago

Gunmen have released girls who were kidnapped from a boarding school in the northwest Nigerian state of Zamfara, the governor said in a tweet on ...
News
1 year ago

Gunmen in Nigeria on Saturday released 27 teenage boys who were kidnapped from their school last week in the north-central state of Niger, while ...
News
1 year ago
Next Article