'He said Victor was shot': Brother grapples with loss after Nigeria protest deaths 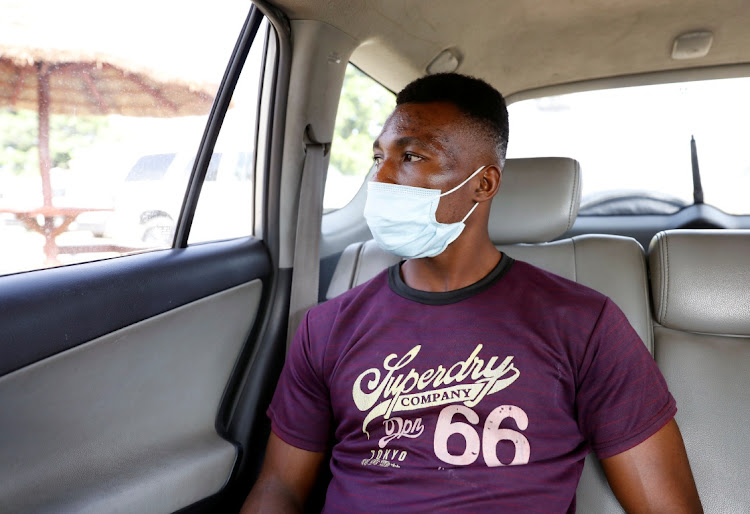 Elisha Sunday, 24 on his way to the Lagos State University Teaching Hospital to search for his missing brother, Victor, who was part of the crowd gathered on October 20, 2020 to protest against alleged police brutality, in Lagos.
Image: TEMILADE ADELAJA

It was after midnight in Lagos on Oct. 21 when Elisha Sunday said he got a call from his brother Victor's phone: a stranger told him Victor had been shot dead by soldiers at Lekki Toll Gate.

After a sleepless night, he said he went out to find the body but roads towards the upscale neighbourhood were blocked and he heard shooting so turned back.

Elisha, 24, said he later saw pictures of his 27-year-old brother on Facebook, draped in a Nigerian flag and covered in blood. After that, the trail went cold.

Protesters objecting to police brutality and demanding wide-ranging reforms had held demonstrations across Nigeria for nearly two weeks when witnesses in the Lekki district of Lagos said soldiers and police opened fire on them on Oct. 20.

Both the military and police have denied the shootings. The government ordered state governments to set up judicial panels to investigate police abuse allegations. Witness testimonies to a Lagos judicial panel said the bodies were trucked away.

Victor's best friend, David Friday, said Victor went to Lekki because it looked fun, with food, drinks and a party atmosphere; a gardener and amateur comedian, he was not politically engaged.

"Right now, I am alone," said Elisha, a softly spoken 24-year-old. "There is nowhere to find him."

Few families have come forward publicly to demand answers about their loved ones, and activists say some are too afraid to reclaim the bodies of those killed that night, leaving them with painful questions about their fate nearly two months on.

The Lagos state government has said those who lost family members between Oct. 19 and 27 should go to Lagos State University Teaching Hospital to try to identify their bodies.

Elisha said he was turned away from the hospital three times, first for not having proper documentation, then because a hospital doctor had not accompanied him to the mortuary in nearby Yaba and finally because the chief doctor was not available.

He said he fears retaliation from the government, but will keep trying for the sake of his mother and three sisters in the southeastern state of Akwa Ibom.

"My mother wants my brother, just to take him home and bury him as we're supposed to do," he said.

Lagos State Health Commissioner Akin Abayomi said it was standard procedure when anyone died in "unnatural circumstances" for the state to keep bodies until relatives proved their relationship.

He said he could not say how many were there, how they were killed or how many families had collected their relatives' remains.

State government spokesman Gbenga Omotoso said the deaths were related to the "anarchy" around the Lekki incident, including "acts of violence which the perpetrators used the genuine protests to cover".

Whether Victor's body is there was between his family and the doctors, he said.

The AU on Thursday weighed in on the protests in Nigeria, urging the government to refrain from the use of violence.
News
1 year ago

Nigeria's biggest city Lagos and several states were under curfews on Wednesday as unrest rooted in anti-police protests broke out again after a day ...
News
1 year ago
Next Article