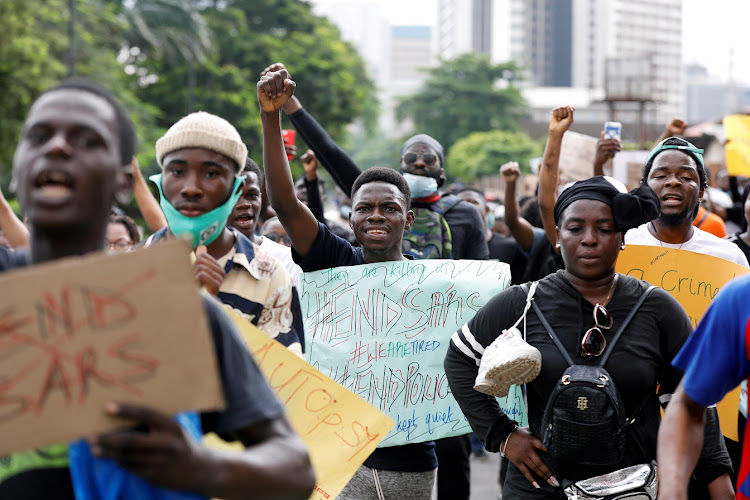 Nigerian President Muhammadu Buhari promised on Monday that the government would bring police officers responsible for misconduct to justice, after nearly a week of sustained protests against police brutality that were met by a harsh response.

Police opened fire with live ammunition on Monday against anti-police demonstrators in the Surulere district of Lagos, marchers said. Video posted on Twitter showed dozens of chanting protesters running and ducking behind cars and trucks for cover as shots rang out.

Tolu Ogunlesi, an aide to Buhari, said at least one person had been killed by police gunfire.

"There is no excuse for shooting anything (not to talk of live bullets) at peaceful protesters," Ogunlesi tweeted. The authorities "must find the shooters and make them face justice in full".

The head of Nigeria's police dissolved its Special Anti-Robbery Squad with immediate effect on Sunday, a police statement said, prompted by days of ...
News
1 year ago

Lagos state Governor Babajide Sanwo-Olu said on Twitter that he had received news of "casualties", but did not say how many. He also said he would ensure that live rounds were not used at protests, but called on protesters to "take a break" on Tuesday.

Images of one dead protester were posted on the internet. It was at least the second fatality among marchers since the demonstrations began last week. Police have responded to demonstrations with live ammunition, water cannon and tear gas.

In a statement posted on Twitter, Lagos state police spokesman Olumuyiwa Adejobi did not comment on whether officers fired live rounds, but said "unscrupulous elements" among protesters had killed a police officer, as well as a bystander in Surulere, and injured two other officers.

Lagos police did not respond to phone calls and text messages seeking comment.

Nigerian police used teargas on Friday to disperse dozens of people in the capital Abuja who had gathered to protest at alleged brutality by members ...
News
1 year ago

Buhari promised "extensive police reforms". In a statement on Monday he acknowledged "genuine concerns and agitations by Nigerians about the excessive use of force and in some cases extra-judicial killings and wrongful conduct of the men of the Nigerian Police Force."

But he also described police misconduct as relegated to a "few bad eggs".

On Sunday, authorities announced they were disbanding the Special Anti-Robbery Squad police unit, known as SARS, the target of demonstrators who accuse it of beating up and killing Nigerians, and extorting from them.

Rights groups and protesters say they are unconvinced by the promise to disband the unit, noting similar announcements had been made in the past.

"We are not falling for the same lies. We need a timeline when they will turn in their badges, their weapons and their uniforms," said Akunna Nwaogwugwu, a sales executive, who was among a group of protesters on Monday that blocked the path of military vans in the Lekki district of Lagos.

She called for an executive order from Buhari to confirm that the unit had been disbanded.