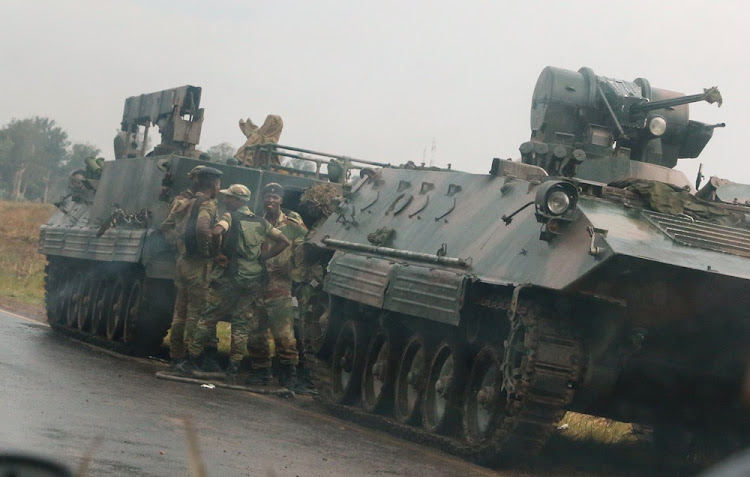 The military and police in Zimbabwe this week launched a blitz operation to curb potential civil unrest.

Between Monday and Wednesday, Harare, Bulawayo and Kwekwe have been shut down without notice following intelligence that civil society and the opposition were plotting insurgency.

Responding to questions in parliament on Wednesday, Kazembe said it was classified intelligence.

“These are issues of a sensitive nature. What I gave to the public was enough,” he said.

Appearing before the parliamentary portfolio committee on health and child care, police commissioner Gen Godwin Matanga said their enhanced operation was because “there are elements within the country who want to do certain things also riding on the same [Covid-19 lockdown] operation”.

As of Monday, government workers received reduced salaries - at a time when inflation has shot up, resulting in an average civil servant earning an equivalent of R500.

Nurses at the country’s biggest referral hospital, Harare’s Parirenyatwa, staged a demonstration on Wednesday. A nationwide strike would have been catastrophic.

“I got paid yesterday. The bread price increased today, and so did sugar. In a few days, other basics will follow. In other words, my pay won’t take me beyond Friday,” said one nurse.

Legislator Temba Mliswa in parliament on Wednesday said the government should address the economy and everything else would fall into place because people are angry because of hunger.

The Zimbabwe Congress of Trade Unions (ZCTU) said it will increase pressure on the government. “The bottom line is that we are prepared to liberate ourselves from a parasitic and exploitative system,” it said in a statement.