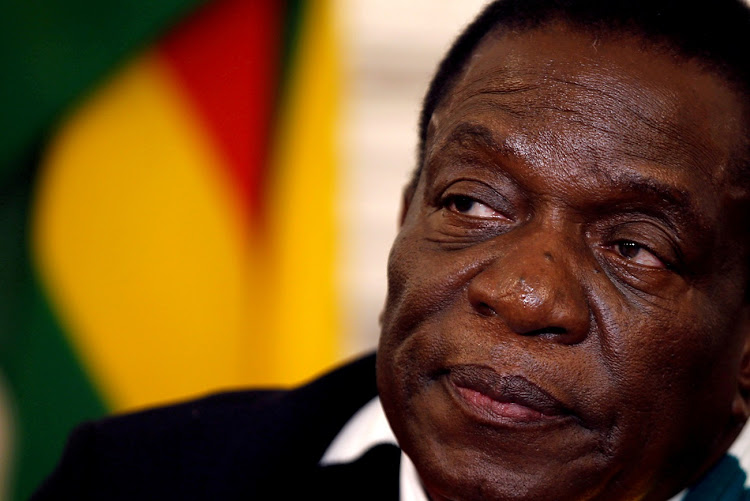 A Photoshopped nude picture of Zimbabwe’s President Emmerson Mnangagwa shared on WhatsApp has landed a husband and wife in trouble.

Sarudzayi Ambiri Jani, 38, and Remember Simbarashe Ncube, 34, were arrested and charged on Friday with undermining the authority of or insulting the president in contravention of  the Criminal Law  Act.

Law enforcement agents who arrested the couple claimed that they made an abusive, indecent or obscene statement about Mnangagwa that may engender feelings of hostility towards  him, with the knowledge that the statement is false.

The couple allegedly shared  a nude picture of Mnangagwa  wearing Zanu-PF regalia around his neck with a male organ adorned  with a mask at its end on a WhatsApp group for residents in Ward 3 of Beitbridge.

Chief Inspector Kenneth Mushongahande of the Zimbabwe Republic Police, who is a member of the residents' WhatsApp group, reported the couple to law enforcement agents, who arrested and detained them overnight at Beitbridge Urban Police Station.

Mushongahande said police officers “hunted” and arrested the couple, who had no right to publish the Photoshopped picture.

The ruling party in Zimbabwe, Zanu-PF, has warned the public and journalists against “attacking” members of the first family.
News
1 year ago

Takavingei Mahachi, the councillor for Ward 3 in Beitbridge, who created the residents’ WhatsApp group, will testify as a state witness when the trial of the couple commences on July 3.

The couple also face a charge of contravening the Censorship and Entertainments Act, which criminalises the production and publishing of certain material.

They face up to a year in prison.

Observers and government critics have expressed concern at the increase in the number of people who of late are being persecuted for dissent and expressing themselves on social media platforms.

It's a lie! Zimbabwe army denies claim of coup as it backs Mnangagwa

Army generals in Zimbabwe have denied the possibility of a coup led by former Zanu-PF members aligned to the late president Robert Mugabe who are ...
News
1 year ago
Next Article