Brakpan man arrested for murder of his mother remanded in custody 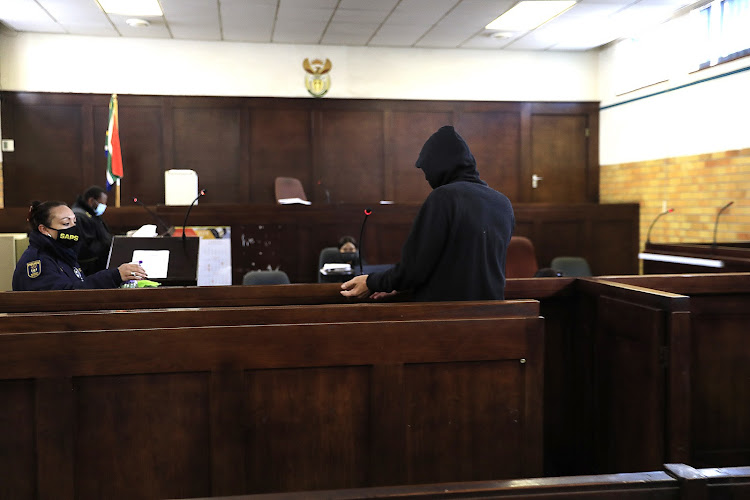 Robert Davie in the dock at the Brakpan magistrate's court on Wednesday. He is charged with murdering his 79-year-old mother.
Image: ALON SKUY

The Brakpan man accused of killing his 79-year-old mother and shoving her body into a drum of cement has been remanded in custody after his bail appearance was postponed on Wednesday.

Robert Davie, 50, and his 17-year-old co-accused are expected to reappear for a formal bail application on June 26.

Loraine Davie lived on Taft Avenue for more than 15 years and was described as a good neighbour by those who lived close to her.

Brakpan police spokesperson Capt Pearl van Staad said Robert came to the police station on June 4 to report his mother missing. However, over the weekend neighbours alerted the police of his suspicious behaviour.

Man arrested after 'suffocating mom and storing her in cement'

Quiet stretches across the empty street on Taft Avenue in Brakpan, Ekurhuleni, where the locked white gate of a peach-walled home is adorned with ...
News
1 year ago

“The man was interrogated and he confessed, saying he suffocated his mother to death with a pillow while she was asleep,” said Van Staad. “He then mixed cement in a drum in the yard and forcefully pressed her lifeless body into it. Forensics workers found her body after cutting open the drum.”

While at the house on Friday, police also found a newly purchased television set, which Davie claimed he had bought for his mother.

Davie and the teenager - who cannot be named as he is a minor - appeared in the Brakpan magistrate's court on Wednesday on murder charges.

“The main suspect was remanded in custody, while the 17-year-old was handed back to his parents,” said Van Staad.