Gratuitous insults said to be rooted in 'colonial racist heritage' 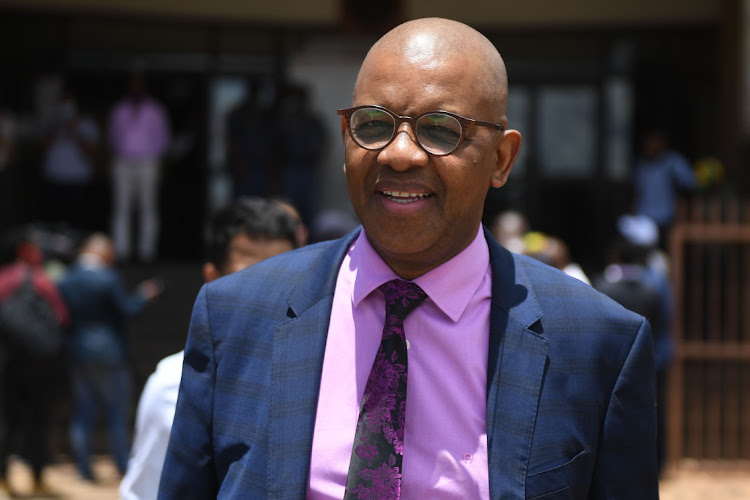 Twenty advocates, including six senior counsel, have come out in defence of Dali Mpofu SC in response to an opinion piece by Media24 editor-in-chief Adriaan Basson which referred to Mpofu as a “nincompoop” and “scoundrel”.

Some of Mpofu’s questions to candidates have been publicly criticised, in particular questions to Gauteng judge president Dunstan Mlambo about “rumours” of sexual harassment, with no evidence put forward to support them. The questions were eventually disallowed and ruled as expunged from the record by JSC chair and Supreme Court of Appeal deputy president Xola Petse.

Mpofu also joked he had spent a night with Supreme Court of Appeal president Mandisa Maya, later clarifying it was an all-night study session.

Basson said when Mpofu opened his mouth “it’s all bile and bullshit”, and the denigration of Mlambo would “go down in history as one of the lowest moments of our democratic dispensation”.

Friday's interview of deputy chief justice Raymond Zondo is expected to be the crescendo with the pattern of questioning likely to get even more ...
News
4 months ago

Just after 6pm on Saturday, as a marathon day of deliberations behind closed doors at the Judicial Service Commission, Julius Malema tweeted “It’s a ...
News
4 months ago

He said it was an indictment on the legal profession that Mpofu was on the JSC representing the advocates’ profession, in particular Advocates for Transformation, which in previous years “was led by legal heavyweights like Ishmael Semenya, Dumisa Ntsebeza and Patric Mtshaulana”.

Ntsebeza was one of the senior counsel who put their name to the statement. The other silks were Muzi Sikhakhane SC, Fana Nalane SC, Thabani Masuku SC, Elizabeth Baloyi-Mere SC and Mahlape Sello SC. Also on the list is former national director of public prosecutions Menzi Simelane and former deputy national director of public prosecutions Nomgcobo Jiba.

The statement said while Basson was entitled to differ with Mpofu, his gratuitous insults were rooted in a “colonial racist heritage”.

“What inspires the insults? It comes from the same people, who, not so long ago lynched minister Lindiwe Sisulu when she expressed a world view that does not coincide with theirs,” the statement reads.

This was an apparent reference to the criticism directed at Sisulu after she wrote an opinion piece that questioned what the constitution had done for SA other than act as “a palliative” and called the country’s judges “house negroes” who were “only too happy to lick the spittle of those who falsely claim superiority”.

No white professional, no matter how uncultured, and no matter who they represent, has had to endure these kind of insults.

The statement said many, like Basson, were unhappy an African woman was recommended for chief justice and had “conjured up a plethora of excuses and feeble legal argument to justify what is at best their displeasure, or at worst, their prejudice”. It were these “super democrats” who were driven by misogyny, and not Mpofu, said the statement.

The advocates said they were disappointed with the language used by Basson, adding his insults were part of a culture reserved for black professionals.

“No white professional, no matter how uncultured, and no matter who they represent, has had to endure these kind of insults.”

Semenya could not be reached for comment. Mtshaulana said he was not approached to endorse the statement, had not read Basson’s article and did not know about the statement until he was contacted by TimesLIVE.

Basson said his article spoke for itself.

“The writers of the statement are entitled to their views as I am under section 16 [of the constitution],” he said.

Gordhan vs Moyane was a clash of egos that had nothing to do with state capture: Zondo report

According to state capture commission chair Raymond Zondo, Pravin Gordhan and Tom Moyane simply could not stomach each other, and their exchange at ...
News
5 months ago

Former president Jacob Zuma's lawyers are arguing that he is being punished for a decision that he did not take regarding his release on medical ...
News
6 months ago

Forty former military veterans have been granted bail of R500 each, pending trial in the case of cabinet ministers allegedly held hostage when ...
News
8 months ago
Next Article