'What happened today was democracy in action' 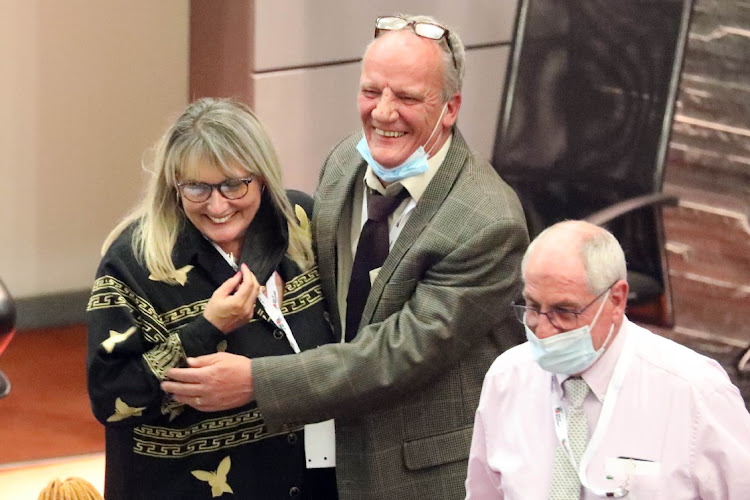 DA councilor Tania Campbell is all smiles after being elected mayor for City of Ekurhuleni.
Image: ANTONIO MUCHAVE

Former Ekurhuleni mayor Mzwandile Masina has committed the ANC into working with the new DA led-administration to ensure a peaceful transition and a stable government in the municipality.

Speaking after an 11-hour council meeting which ended at 9pm yesterday, Masina congratulated the DA on its victory and said his party had accepted the defeat as just part of the democratic process.

“We will do our bit as the ANC to ensure that government is held accountable. The important thing is stability of government, that is what we are going to make sure [of] while we are on the opposition benches.

“I am not aggrieved. This is politics. I was not born with a vote in my mouth. What happened today was democracy in action. I congratulate all the office bearers who were elected today. I am not shocked…I also cannot be happy because we did not win. I cannot be sour.

“I have spoken to the leader of the DA, Tanya Campbell, and assured her of a peaceful transition so that we can get to the business of council and do our work for the betterment of our community…We are not going to be permanent on the opposition,” Masina said.

Masina lost to DA’s Tania Campbell who was sworn in as the new mayor of Ekurhuleni. The ANC also lost the position of speaker of council to DA’s Raymond Dlamini. The DA’s Khetha Shandu was elected as whip of council, showing a clean sweep for the party.

The DA’s victory ends two decades of reign by the ANC in the country’s manufacturing hub. Of the three positions which were on offer on the day, all were taken by the DA.

After losing the mayorship to Campbell, Masina went to meet the victorious councilor and shook hands, wishing her the best.

But in the public gallery, ANC leaders sat in disbelief as the DA councilors celebrated a victory that no one expected when the council meeting began.

To secure the victory, the DA received support both from the EFF and ActionSA who were third and fourth in electoral support after the November 1 local government elections.

Ekurhuleni has been the highly prized jewel in the crown of the ANC in Gauteng over the past two decades. It is the only Gauteng metro that the ruling party was able to retain after the 2016 local government elections. Although run through a coalition government, the council was stable and able to produce a clean audit in the final year of the outgoing administration.

The council meeting was also not without its own drama as EFF councilors were caught twice taking pictures of their ballots, angering other political parties in chambers. EFF deputy president Floyd Shivambu attended early proceeding but later left while ANC provincial chairperson and Gauteng premier David Makhura sat for most part of the inaugural council meeting.

The City of Ekurhuleni has a new mayor, the DA’s Tania Campbell.
News
1 month ago

Outgoing Ekurhuleni executive mayor Mzwandile Masina has moved to commend the coalition pact in which the ANC was forced co-govern with other smaller ...
News
9 months ago
Next Article