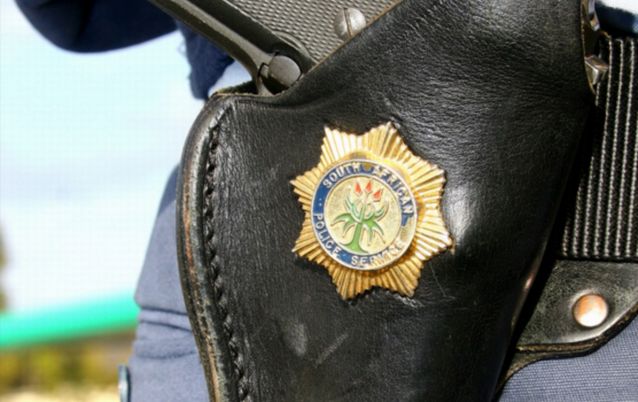 Two Gauteng police station commanders with the rank of brigadier were arrested for fraud and corruption regarding firearm licences on Tuesday.
Image: Supplied

Two Gauteng police station commanders, both with the rank of brigadier, were arrested for fraud and corruption related to multiple dockets on Tuesday.

The pair was arrested during an intelligence operation by the Western Cape anti-gang unit assisted by the national anti-corruption unit, according to the national spokesperson for police commissioner Brig Vishnu Naidoo.

He said the charges related to firearm licence applications.

“The brigadiers have been arrested for their alleged involvement in fraud, defeating the administration of justice and contravention of the Firearms Control Act (Act 60/2000) in multiple case dockets in the areas of Edenvale, Kempton Park and Norwood in Gauteng,” said Naidoo.

The pair's arrest brings to 28 the number of people arrested in connection with these cases after 26 were arrested earlier this year. Of the 28 suspects, 17 are police officers — two are retired — and 11 are civilians, according to Naidoo.

'I cannot confirm or deny there is a gun linked to Senzo murder,' says Bheki Cele

Police minister Bheki Cele has said that if the gun used to murder Bafana Bafana keeper Senzo Meyiwa has been found, it should be used to solve the ...
News
1 year ago

“During November 2017 security companies were involved in crimes of extortion in the Western Cape relating to firearm applications in Gauteng. In January 2018 it was found that several other people, family and friends in Cape Town obtained their competence and licence to possess a firearm/s as well as temporary authorisation to possess a firearm/s in an allegedly fraudulent manner,” he said.

Preliminary investigations revealed that the applicants all made applications in Gauteng, specifically at police stations at Edenvale, Norwood and Kempton Park.

The applicants would allegedly go to a gun shop in Kempton Park where they would do a proficiency test to make an application for competence to possess a firearm and ammunition.

“We are systematically identifying and rooting out corruption and corrupt members from the SAPS. The most effective way of dealing with corruption is to prevent it and to do this, I am again urging both members of the SAPS as well as the community at large to refrain from engaging in such activities — because you will be caught”, said Sitole.

The brigadiers were expected to appear in the Kempton Park magistrate's court on Wednesday.

Court hears of reign of terror days after shocking murder.
News
1 year ago

School principal gunned down in his office

A principal was gunned down in his office, a teacher hijacked and a safety officer screening pupils for Covid-19 symptons killed in two violent ...
News
1 year ago
Next Article