Policewoman leads the way during COVID-19 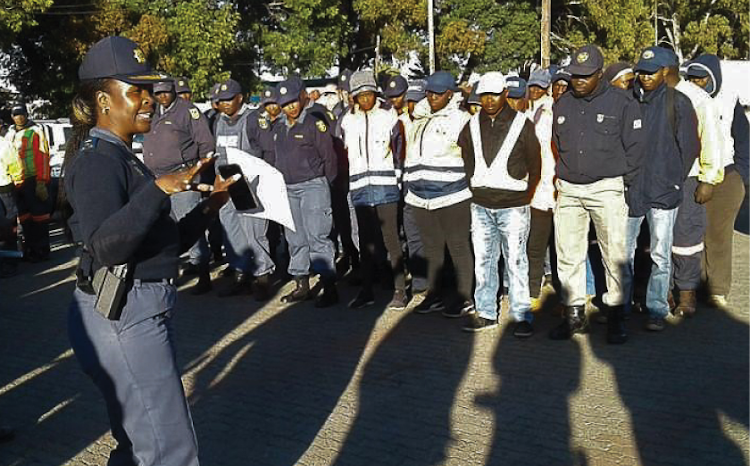 Brigadier Mashadi Selepe is at the forefront of the COVID-19 pandemic, leading a team of policemen and women.
Image: Supplied.

Brigadier Mashadi Selepe is a hero within the South African Police Service (SAPS). She has served the country with distinction throughout the coronavirus disease (COVID-19) outbreak, despite getting the disease herself.

The West Rand District Commander for Visible Policing in Gauteng, Brigadier Selepe has served in the police force for over 30 years.

While serving the public during the COVID-19 pandemic, she contracted the virus and had to stay at home for six weeks. As soon as she had recovered, however, she was back at work, playing a leading role in important police operations.

“For me, policing is a calling and a passion,” says Brigadier Selepe, who was the first woman officer in her public policing unit and one of the founding members of the first child protection unit in South Africa, based in Soweto.

During the pandemic, she says the police force has had to deal with a number of challenges.

“We had to adapt to something completely new while trying to make people understand why we had to enforce the disaster management regulations. We hit the ground running and were ready for the unknown, along with still carrying out our normal duties,” says Brigadier Selepe.

Selepe says that police often had to also risk their lives on the frontlines, with a risk of catching the virus.

“I was infected with COVID-19. You put your life at risk for the sake of your country, because it is your calling. As a leader, I had to be there and lead my members and educate them on what is expected of them.”

“My message to my colleagues is to continue to do what is expected of us. Being a public servant must be taken as a calling to serve people with pride, with dignity and with protection of human rights. We must always be there for our communities, as we are the ones they turn to first.”

“Many people do not realise that there is more to the police force than law enforcement. We have social workers, psychologists, communications people, scientists and many others all working for the SAPS. So there can be a career for every type of person.”

Managing kids while working from home

With many children still at home due to the national Coronavirus lockdown, working women have a lot more to keep their home running smoothly.
SebenzaLIVE
1 year ago

WATCH | How to turn a litter problem into community-wide empowerment

Poverty is an overwhelming challenge in South Africa. As people confront economic difficulties.
SebenzaLIVE
1 year ago
Next Article