Bara hospital beds were thrown out for better ones: health department 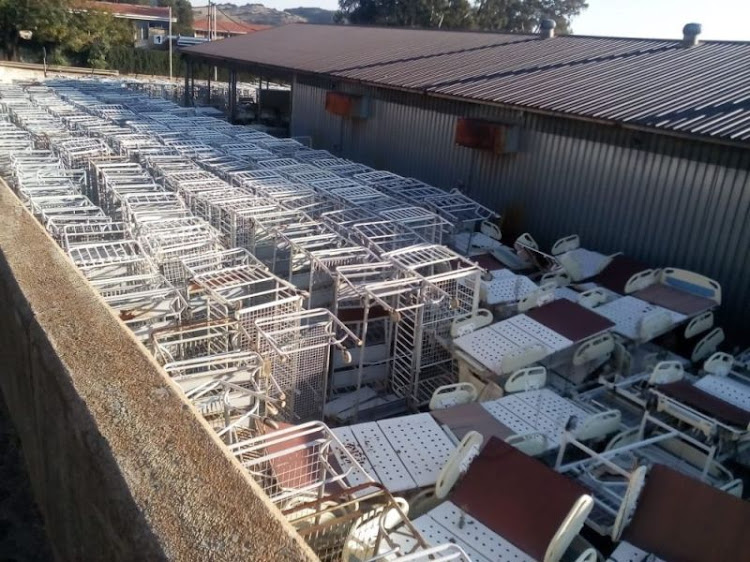 The Gauteng health department has moved to quash claims that brand new hospital beds are lying in the sun outside the Chris Hani Baragwanath Hospital in Soweto instead of being put inside the wards.

In tweets posted on Monday, the department said it had thrown those beds out for the safety of the patients.

“All old beds were taken to facilities where patients are not that sick, others that are unsafe are in the process of being declared obsolete. Patient safety remains central to quality care. Even Bara patients deserve safe beds,” the department tweeted.

All old beds were taken to facilities where patients are not that sick , others that are unsafe are in the process of being declared obsolete. Patient Safety remains central to Quality Care. Even Bara patients deserve safe beds pic.twitter.com/yAmDfaSQWx

A video circulating on social media showed the scores of empty beds discarded in the yard. The health department clarified that those beds had been replaced with new, better beds.

“Chris Hani Baragwanath Hospital replaced old cot beds with modern height-adjustable beds that could be lowered to prevent patients from falling and angled to assist breathing,” the department said.

In the video showing the discarded beds, the man filming the video narrates in Afrikaans and asks: “If you have ever wondered where our taxes go? Here is our tax money. [Hospital] beds with which nothing is wrong.”

A video going around on social media shows allegedly brand new hospital beds lying in the sun‚ exposed to the elements outside the Chris Hani ...
News
2 years ago

He adds: “Why do we have to suffer so much to have our wives, our children, our mothers and our fathers sleep on floors and mattresses in state hospitals? This is absolute bullsh*t.”

He explains that he walked past the hospital beds by accident en route to visiting his son in the paediatric ward when he could not find parking within 2km of the hospital.

"Patients sleeping on the floor in hospital, but look what's stacked up here," he also tweeted.

Patients sleeping on the floor in hospital, but look what's stacked up here. pic.twitter.com/UM8tdrGnwB

“Many of them (the hospital beds) look in good condition, but will deteriorate rapidly in unsheltered conditions.”

Bloom alleged the video was taken on Wednesday.

“This is a clear waste of state assets as these beds should be put to good use instead of rusting outside. There are hospitals that are short of beds where they could be used or they could be donated to non-profit institutions.”

Gauteng premier David Makhura said on Sunday the governing party would commit to dealing with the ailing healthcare in the province which he described as a “serious weakness”.