Valhalla pupils to be assessed before testifying against 'sex pest' teacher 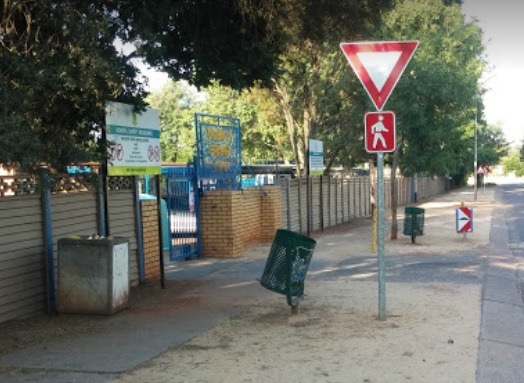 Valhalla Primary School in Centurion was rocked by allegations of sexual impropriety against a teacher.
Image: Web image shared by Amos Khoza

Valhalla Primary School pupils who will be state witnesses in the sexual assault case against a teacher will be assessed on their fitness to take the stand.

The 55-year-old teacher, accused of harassing 23 pupils at the school, appeared in the Pretoria Magistrate’s Court on Thursday.

His case was postponed to June 28 “to allow social workers time to assess the competency of the various schoolchildren to bear witness in the case against their 55-year-old teacher, charged with the sexual assault of more than one student”.

Parents of pupils who were allegedly sexually assaulted by a teacher were yesterday left angry and disappointed after the man was released on bail.
News
3 years ago

According to Women & Men Against Child Abuse (WMACA), the state has also instructed the police to investigate and charge the teacher’s colleagues who failed to report the alleged crimes immediately when they became aware of them.

“Our organisation looks forward to seeing these people being brought to task for their silence and resultant failure of the children they have been tasked to educate and protect,” said WMACA spokesperson Miranda Jordan.

"May this be a strong warning to other educators and child care professionals who seem to easily neglect their duties.

“Relieved as we are to see the NPA bring charges against the people who failed in this instance to disclose, this war on silence is far from over. We can't afford to have a perpetrator boasting 'I'm a big boy' to his superiors and they expect that to be the end of the conversation.

"I hope we see at least a jail sentence for the people who turned their backs on these children,” said Jordan.

Women and Men Against Child Abuse (WMACA) has warned parents to be careful of people who give their children more attention than they do.
News
3 years ago
Next Article