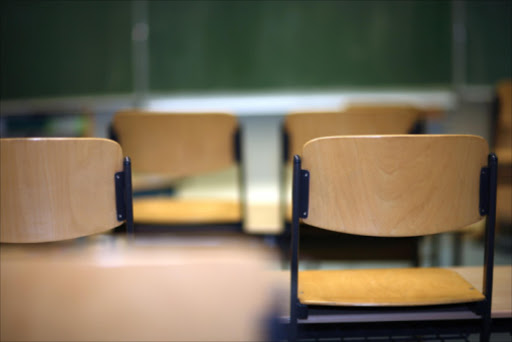 A Free State teacher has spoken out after she she was allegedly almost raped by a Grade 8 learner.
Image: Gallo Images/Thinkstock

A Free State teacher has taken to social media to share the horror she endured last week after she was allegedly almost raped by a pupil whilst on school premises.

The teacher, who is not being named, said her attacker was a Grade 8 pupil. It was not immediately clear how old the child is.

“I am so traumatised,” the teacher wrote just hours after the alleged incident took place.

She claimed she had reported the matter to the school principal but was surprisingly told to keep it under wraps.

“When I reported it to the principal the first thing he asked was if I have told anyone about this and I told him I have not. He went on to say that I should not tell anyone about it,” said the teacher.

A former member of the church led by rape-accused pastor, described the Devine Deliverance Church of Christ in Seshego, Polokwane, as "a church from ...
News
3 years ago

“They called the parents and asked them to come to school, I never saw them. I was later told the boy has been suspended for a week and that the parents refused to see me,” she added.

The teacher said the parents had alleged that the boy had mental issues and had offered to remedy the situation by taking him for psychological treatment during his suspension period.

“I refuse to keep quiet. I will talk. I will report to the department and the unions. The principal said they can't expel him because proper procedure should be followed. It’s enough now,” she said, asking what needed to happen before the safety of teachers was prioritised.

Her post had since gone viral on social media.

Our sister publication TimesLIVE reached out to the Free State department of education and the principal of the school for comment.

The principal was not immediately available while the department spokesperson, Howard Ndaba, could not be reached for comment.