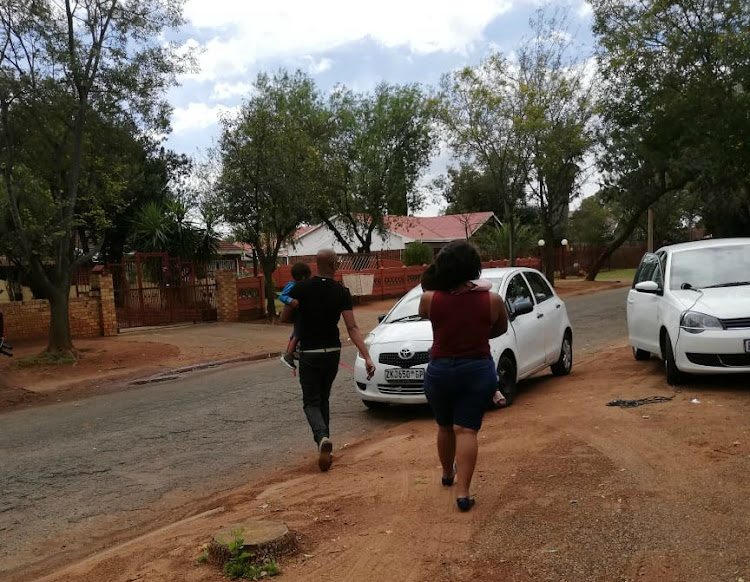 Parents rushed to the Carletonville crèche to pick up their children after several disturbing videos emerged.
Image: Nonkululeko Njilo

The closure of an embattled Carletonville crèche has left the parents of registered learners in the lurch.

The mother of a 2-year-old girl told TimesLIVE how she had to stay away from work following the crèche's closure on Thursday, as she did not have alternative plans for her child's care.

“It is difficult; I don’t know what will happen going forward. I didn’t go to work because my child has no one to be left with. I’ve checked all the nearby crèches, but they are already full while others are not registered,” she said.

The mother said a parents meeting had been held to discuss possible refunds as it was still early in the month.

“Even if I were to find a crèche now, this means I would have to borrow money to pay for the fees and get a new transport provider.

The mother said she had paid R1,800 a month in crèche fees and R750 for transport.

Teacher who filmed Carletonville creche assaults not arrested, yet

Police have confirmed that the teacher who filmed several disturbing videos of another teacher assaulting toddlers at a Carletonville crèche has not ...
News
3 years ago

She also expressed concern over how her child would cope in a new crèche.

“Children are different, but they all need stability. I know my child doesn’t adjust easily. So really, this is an inconvenience, not only for us as adults but them as well,” she said.

The frustrated mother said she noticed signs of unhappiness from her child, which she did not make much of at the time.

“It never occurred to me that children could be abused, especially by [the implicated teacher]. It's only after seeing the videos that I am starting to think differently,” she said.

The mother recalled how her child once came home with a bruise on her leg.

“I was told [by the teacher] that she fell after playing around a sink with others. I took her word for it. But now, I am thinking it could have been anything,” she added.

Despite her concerns over the crèche's closure, she expressed relief that the abuse had been uncovered, saying the abuse could have continued if it had not been made public.

Gauteng social development MEC Nandi Mayathula-Khoza closed down the creche on Thursday after three videos showing one of the educators assaulting children went viral. She said although the facility had been registered in the 2015/2016 financial year, the registration was never renewed as required.